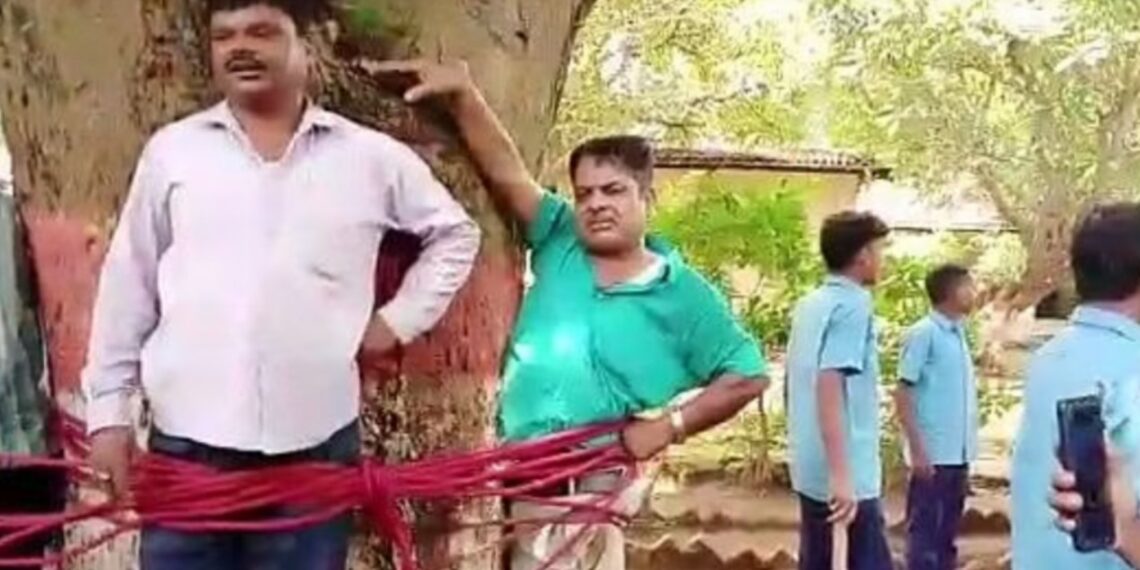 Dumka:  A group of students thrashed their mathematics teacher and a clerk of a residential school for reportedly giving poor marks in the Class 9 practical examination in Jharkhand’s Dumka district

The incident took place at a government-run Scheduled Tribe Residential School under the Gopikandar police station area of the district.

As many as 11 students of the school out of 32 got Grade ‘DD’ (Double D), which is considered equivalent to fail, in the class-9 examination, results of which were declared by the Jharkhand Academic Council (JAC) on Saturday.

“No FIR has been lodged in the case, as school management did not give any written complaint about the incident. After verification of the incident, I asked the school authority to file a complaint but it refused to say that it might spoil the careers of the students,” Gopikandar police station in-charge Nityanand Bhokta told a news agency.

The teacher was identified as Suman Kumar, while the clerk was Soneram Chaure, police said. They also did not give any written complaint to the police, Bhokta said.

Gopikandar block development officer (BDO) Anant Jha, who also went to the school with  Bhokta for the investigation said, there are 200 students in the residential school and the majority of the students were involved in the incident.

“The victim teacher was earlier headmaster of the school but later he was removed for reasons not known. It might be a case of rivalry among teachers. To maintain law and order of the school, classes for class-9 and class-10 have been suspended for two days, and students were sent back to their homes,” he said.

The students alleged that the teacher gave low marks to them in practical examinations, for which they failed in the exams. The clerk was allegedly responsible for uploading the marks online on Jharkhand Academic Council’s site.

“The school management, however, failed to show the marks of practical examinations and the date on which the marks were uploaded online. It is still not clear whether the students failed in theory papers or practicals. Prima facie it seems, the students took the action only on a rumor,” he said.