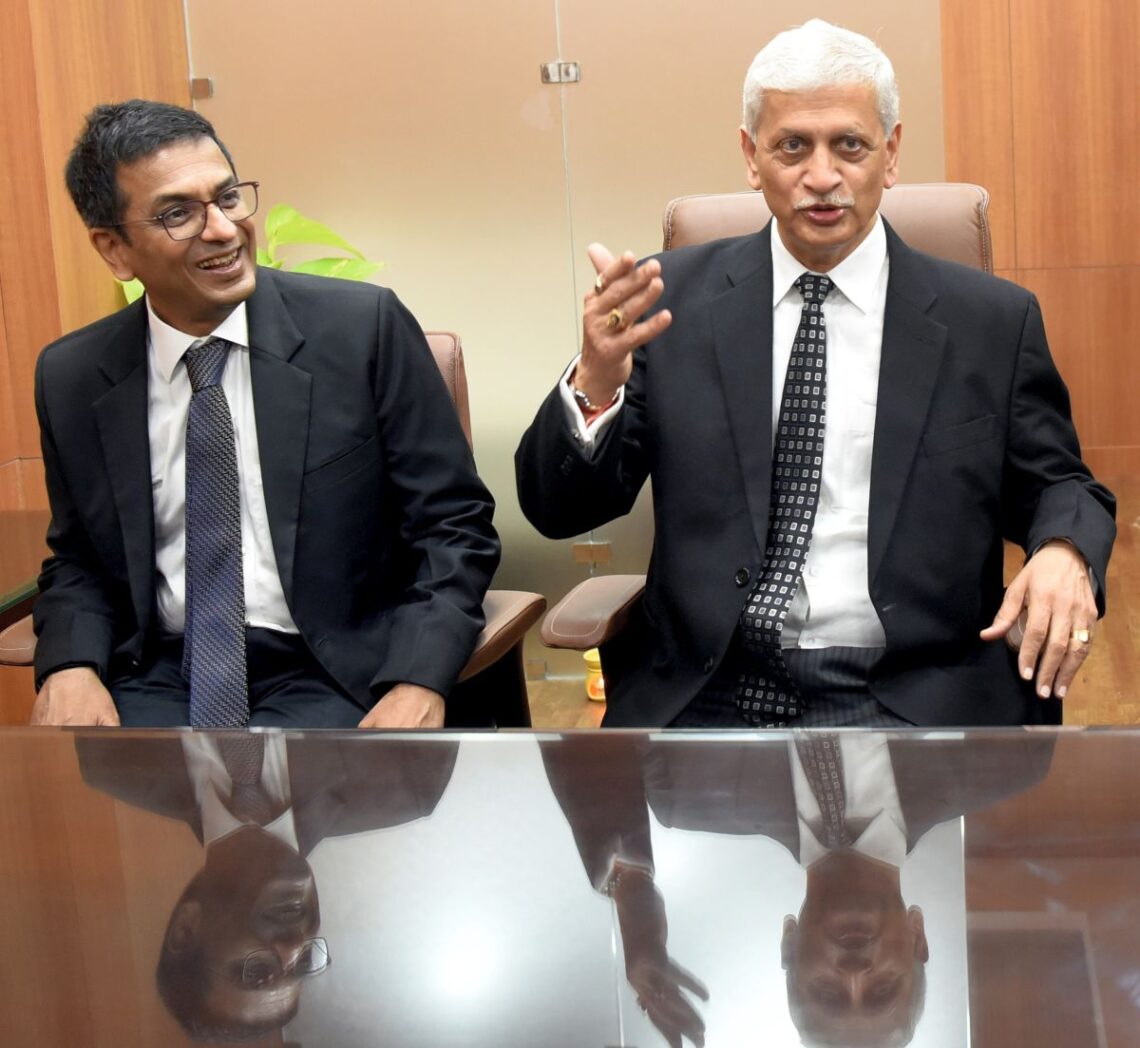 New Delhi: Chief Justice of India U U Lalit on Tuesday recommended to the Centre the name of senior-most judge Justice D Y Chandrachud as his successor.

IMAGE: Chief Justice of India Justice Uday Umesh Lalit with his successor Justice DY Chandrachud. Photograph: ANI Photo
The CJI handed over the copy of his letter of recommendation to Justice Chandrachud.

On October 7, the government had sent a letter to CJI Lalit to recommend his successor.

Justice Chandrachud would become the 50th CJI on November 9, a day after the incumbent CJI would demit office.