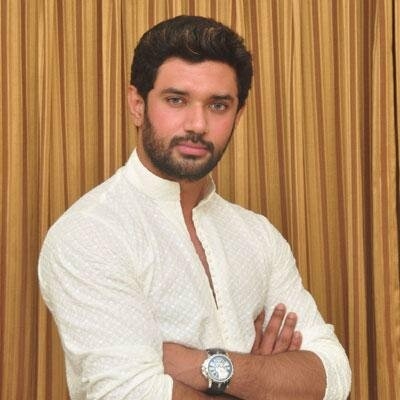 Chirag Paswan has been removed from the post of national president of Lok Janshakti Party (LJP) on Tuesday a day after the coup in the party led by his uncle.

Surajbhan Singh has been appointed as the national working president of the party. Party has also given him the charge to conduct elections for the appointment of the party’s national president.

In his first reaction after his uncle Pashupati Kumar Paras ousted him as the leader of the party in Lok Sabha, Paswan on Tuesday likened the organisation to a mother who should not be “betrayed”.

In a tweet, he said he made efforts to keep the party founded by his father Ram Vilas Paswan and his family together but failed.

People are supreme in a democracy, Paswan said and thanked those who have kept faith in the party.

Paswan also shared a letter he had written to Paras, the youngest brother of his father, in March in which he had highlighted his uncle’s unhappiness over a number of issues, including his elevation as the party president.

Five of the six Lok Janshakti Party MPs in Lok Sabha have joined hands against Paswan on Monday and elected Pashupati Kumar Paras, the youngest brother of Paswan’s late father and party founder Ram Vilas Paswan, in his place, causing a big churn in Bihar politics.

The Lok Sabha Secretariat on Monday evening recognised Paras as the leader of the LJP in the House, a day after the five MPs informed Speaker Om Birla about their decision.

Paras lauded Bihar Chief Minister Nitish Kumar as a good leader and “vikas purush” (development-oriented man), highlighting the deep fault lines within the party as his nephew has been a strong critic of the supreme JD(U) leader.

“I have not broken the party but saved it,” Paras, the MP from Hajipur, told reporters.

He asserted that 99 per cent of LJP workers were unhappy with the turn of events in Bihar as Paswan led his party against the JD(U) and it fared poorly in the 2020 assembly polls.

The LJP has been on the brink of collapse, he said in reference to its poor show in the polls, and lashed out at “anti-social” elements in the party, an apparent pointer to a close aide of Paswan whose proximity to him has not gone down well with many party leaders.

Paras said his group will continue to be part of the BJP-led NDA, and added that Paswan can remain in the organisation.