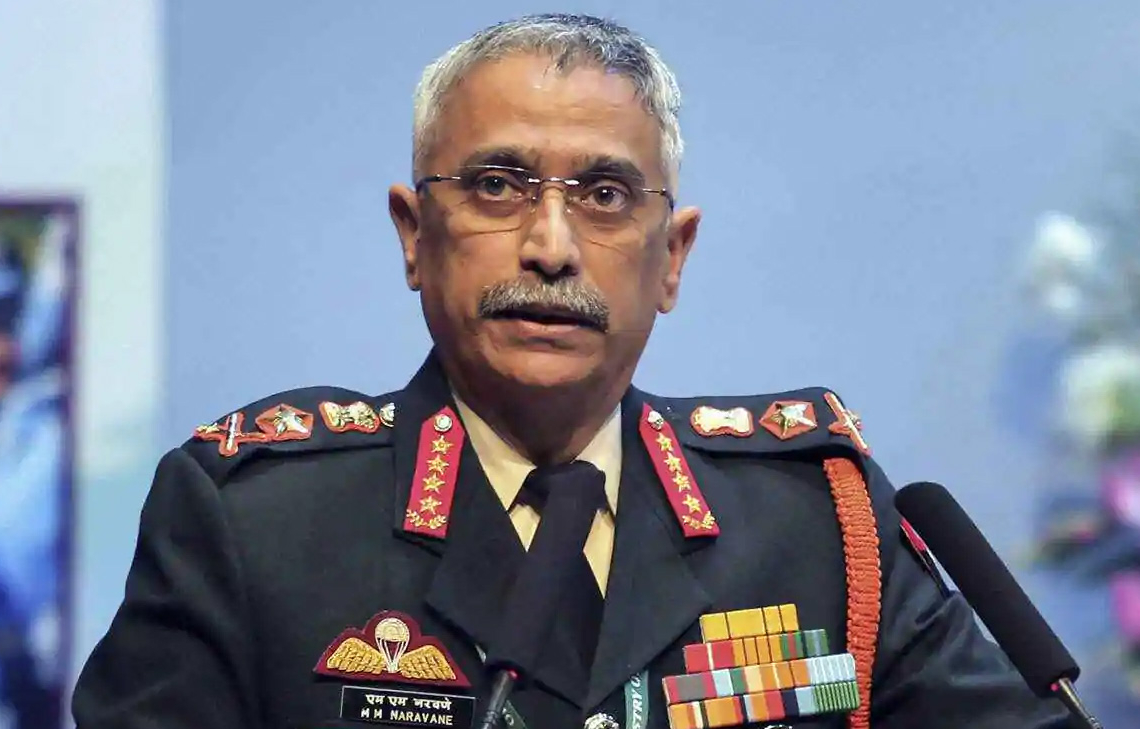 New Delhi: Chief of Army Staff Gen MM Naravane on Saturday warned that if the Chinese military maintains the deployment in eastern Ladakh, it may lead to a Line of Control (LoC)-like situation.

He however said if the Chinese military continues with its deployment, the Indian Army too will maintain its presence on its side which is “as good as what the PLA (People’s Liberation Army) has done”.

Indian and Chinese militaries have been on a standoff in several areas along the Line of Actual Control (LAC) in eastern Ladakh for nearly 17 months though both sides disengaged from a number of friction points this year following a series of talks.

“Yes, it is a matter of concern that the large-scale build-up has occurred and continues to be in place, and to sustain that kind of a build-up, there has been an equal amount of infrastructure development on the Chinese side,” Gen Naravane said at the Indian Today conclave.“

Gen Naravane said the build-up and the infrastructure development on the Indian side are as good as what PLA has done.

“But what this would, especially if they continue to stay there through the second winter, definitely mean that we will be in a kind of LC (Line of Control) situation though not an active LC as is there on the western front,” he said.

“But definitely, we will have to keep a close eye on all the troop build-up and deployments to see that they do not get into any misadventure once again,” the Army Chief said.

Gen Naravane said it is difficult to understand why China triggered the standoff when the world was reeling under the COVID-19 pandemic and when that country had certain issues on its eastern seaboard.

“While all that is going on, to sort of open up one more front is very difficult to understand or fathom. “But whatever it might have been, I do not think they have been able to achieve any of those because of the rapid response done by the Indian armed forces,” the Army Chief added.

Gen Naravane referred to a recent statement by a spokesperson in the Ministry of External Affairs and said he had clearly mentioned that whatever has happened on the Northern border is because of the massive build-up by the Chinese side and the non-adherence to various protocols.

“So that is very clear as to what was the trigger for all that which has happened,” he said.

The Army Chief said following the standoff in eastern Ladakh, Indian Army realised that it needs to do more in the area of ISR (intelligence, surveillance, and reconnaissance).“So that has been the thurst of our modernization over the last one year. Similarly, other weapons and equipment that we thought we need for future, those have got our attention also,” he said.

The border standoff between the Indian and the Chinese militaries erupted on May 5 last year in eastern Ladakh following a violent clash in the Pangong lake area.

Both sides gradually enhanced their deployment by rushing in tens of thousands of soldiers as well as heavy weaponry.

As a result of a series of military and diplomatic talks, the two sides completed the disengagement process in the Gogra area in August.