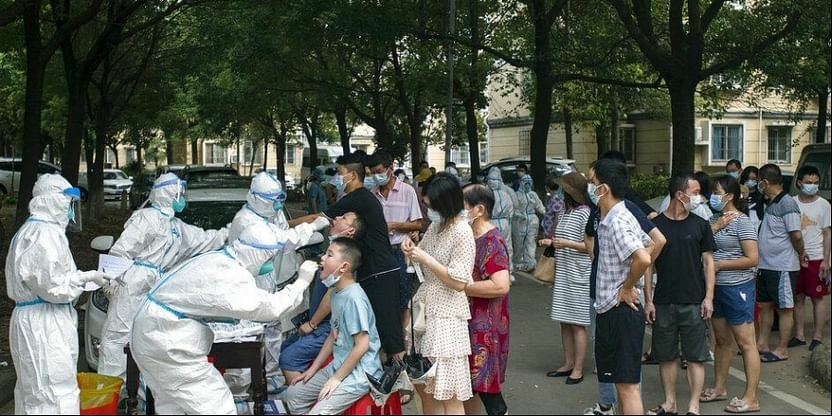 BEIJING: China’s Wuhan city, where the coronavirus first emerged in 2019 and which is currently experiencing a resurgence of infections, has tested 11.23 of its over 12 million people, local authorities said on Saturday.

The city launched a new, all-inclusive testing drive on August 4.

The results from 10.8 million of the samples are available.

The health staffers are still checking and confirming, Li Yang, deputy director of the Hubei provincial centre for disease control and prevention, told the media on Saturday.

By Friday, the city had put 157 residential communities under closed-loop management, the Xinhua report said.

COVID-19 resurfaced in the city after the city dealt with the first surge of coronavirus cases in December, 2019.

The total number of confirmed COVID-19 cases on the mainland reached 93,605 by Friday, including 1,444 patients still receiving treatment, 39 of whom were in severe conditions and 4,636 had died as a result of the virus, the commission said.