Chemicals of bombs used in Pulwama attack were sourced via Amazon: CAIT 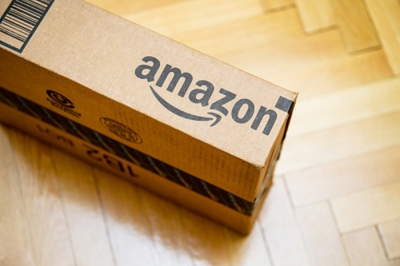 The sale of marijuana on the Amazon e-commerce portal is not a new and first offence of Amazon, the Confederation of All India Traders (CAIT) said in a statement.

Earlier in 2019, the chemicals for making the Improvised Explosive Devices (IEDs) which were used in the Pulwama terror attack resulting in the death of 40 CRPF soldiers, were also purchased via the e-commerce portal, it added.

The NIA during the investigation of the Pulwama case revealed this fact in its report in March 2020, the news also widely appeared in the media in March 2020. Besides other material, ammonium nitrate, which is a contraband item in India, was also purchased through the portal.

CAIT National President B.C. Bhartia and Secretary General Praveen Khandelwal said that as per reports available in the public domain during initial interrogation by the NIA, the person arrested disclosed that he used his Amazon online shopping account to procure chemicals for making IEDs, batteries and other accessories The explosives used in the attack were determined through forensic probe to be ammonium nitrate, nitro-glycerin etc.

CAIT said since facilitation of the sale of contraband item Ammonium Nitrate was used against our soldiers, a case of treason should be registered against Amazon and its officials. It is the result of the lukewarm attitude of the policymakers and officials that is allowing e-commerce portals to do whatever they like, CAIT statement said.

It is also most surprising how this sensational matter was made dead and no further actions were taken for the sale of contraband items.

Bhartia and Khandelwal said that ammonium nitrate was declared a banned item in 2011 for which a notification was issued listing the dangerous grades of ammonium nitrate under the Explosives Act, 1884, and banning its open sale, purchase and manufacture in India. Ammonium nitrate was found to be the main explosive in the bombs used to trigger the explosions at busy and crowded areas. Before Mumbai, ammonium nitrate was used in the blasts at Varanasi and Malegaon in 2006 and in the serial blasts in Delhi in 2008.

The CAIT from 2016 is demanding a codified law and rules for e-commerce but unfortunately no step has been taken so far which speaks to the sorry state of affairs. What worse can be than the procurement of chemicals used for making bombs and targeting our great soldiers. This case must be re-opened and responsible persons who were managing Amazon portal should be prosecuted as per the law, CAIT said.

Ammonium nitrate is a crystal-like white solid which is made in large industrial quantities. Its biggest use is as a source of nitrogen for fertiliser, but it is also used to create explosives for mining.if a fire reaches it, the chemical reaction will be much more intense.When ammonium nitrate explodes, it can release toxic gases including nitrogen oxides and ammonia gas which could be dangerous to the people living around.

The CAIT has urged the Union Government to conduct an intensive and thorough probe into business model of big e-commerce players to ensure that no sale of prohibited items or anti- nation activities are conducted on e-commerce portals and liability should be fixed on marketplace to do strict KYC of the seller and using artificial intelligence and machine learning technology allow sale of goods or providing services only which are lawful.