Check out: Virat Kohli visited by a ‘Cool Cat’ during practice session 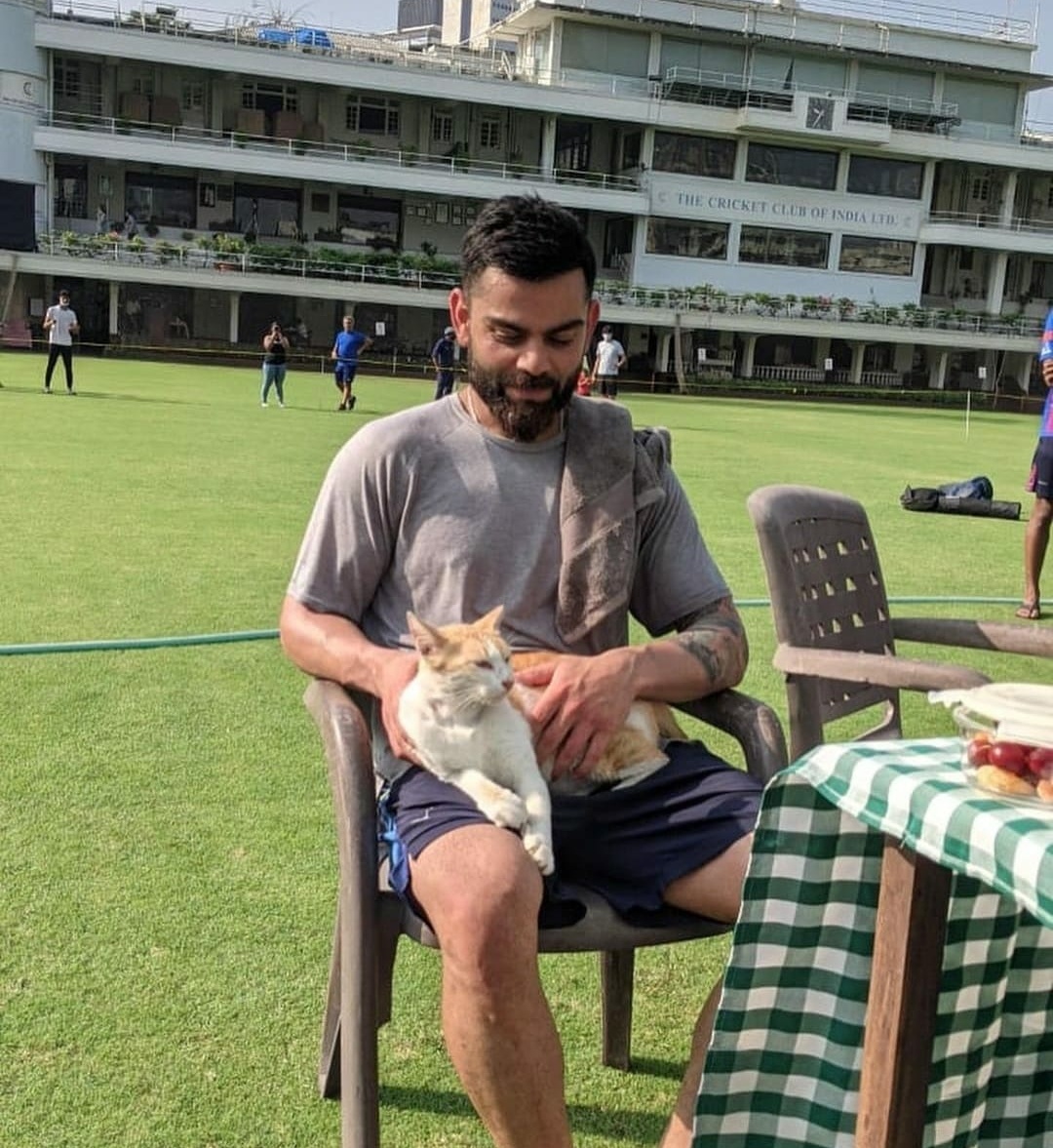 After being rested from the just concluded T20Is against New Zealand that the hosts won under the leadership of Rohit Sharma, Virat Kohli returned to a practice session at the Cricket Club of India in Mumbai on Tuesday.

While taking a break from his practice routine, Kohli made friends with a cute kitty, who made its way to his lap and perched itself there comfortably.

‘A quick hello from a cool cat at practice,’ Kohli captioned the photos he tweeted.

The duo, it seems struck a fine bond, with the captain grinning ear-to-ear as the cat played around.

Kohli has been rested for the opening Test in Kanpur, starting on Thursday, and will return to lead the side in the 2nd Test in Mumbai, starting December 3.