Check out: New year celebrations in the time of Omicron 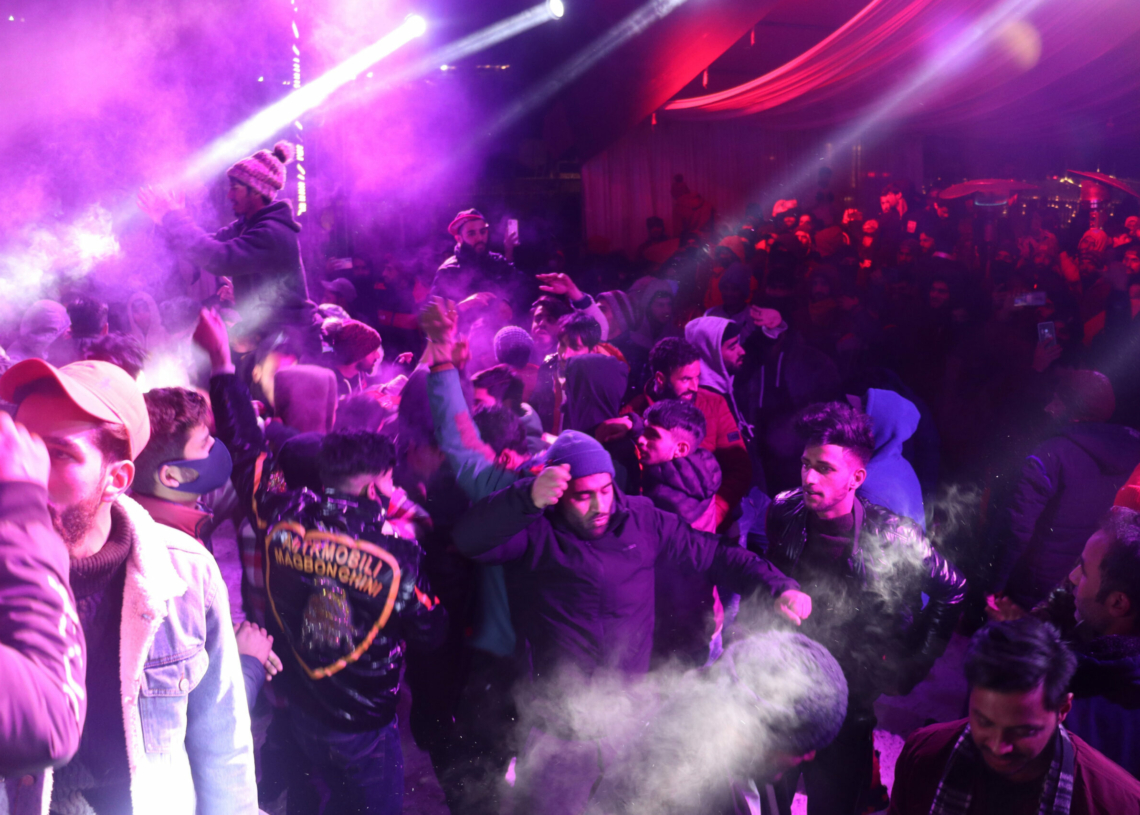 It was a mixed bag of New Year celebrations as fear of Omicron weighed heavy on the revelers across the globe.

New York City bid good riddance to 2021  with confetti and cheers spread across Times Square as a New Year’s Eve tradition returned to a city beleaguered by a global pandemic.

Revelers were allowed to return to Times Square, a year after festivities were canceled due to the pandemic.

Thousands of revelers stood shoulder to shoulder in a slight chill to witness a 6-ton ball, encrusted with nearly 2,700 Waterford crystals, descend above a crowd of about 15,000 in-person spectators — far fewer than the many tens of thousands who usually descend on the world-famous square to bask in the lights and hoopla of the nation’s marquee New Year’s Eve event.

It did so as an uneasy nation tried to muster optimism that the worst days of the pandemic are now behind it — even as public health officials cautioned against unbridled celebrations.

Londoners ventured out to watch the light display across the Thames. The mostly muted New Year’s Eve celebrations around the world ushered in the fourth calendar year framed by the global pandemic.

More than 285 million people have been infected by the coronavirus worldwide since late 2019 and more than 5 million have died.

In Paris, officials canceled the fireworks amid surging infections and reintroduced mandatory mask-wearing outdoors, an obligation followed by the majority of people who milled about on the Champs-Élysées as the final hours of 2021 ticked away.

In Berlin, police urged people not to gather near the Brandenburg Gate, where a concert was staged without a live audience. In Madrid, authorities allowed only 7,000 people into the city’s Puerta del Sol downtown square, a venue traditionally hosting some 20,000 revelers.

In the United States, officials took a mixed approach: nixing the audience at a countdown concert in Los Angeles, scaling it back in New York yet going full speed ahead in Las Vegas, where 300,000 people were expected for a fireworks show on the strip.

“Back to work. Back to school. Back to joy,” President Joe Biden said in a video posted on Twitter. “That’s how we made it through this year. And how we’ll embrace the next. Together.”

People celebrated the New Year in Nikolskaya street near an empty Red Square due to pandemic restrictions during New Year celebrations in Moscow.

In Russia, President Vladimir Putin mourned the dead, praised Russians for their strength in difficult times, and soberly warned that the pandemic “isn’t retreating yet.”

“I would like to express words of sincere support to all those who lost their dear ones,” Putin said in a televised address broadcast just before midnight in each of Russia’s 11 time zones.

Pope Francis also canceled his New Year’s Eve tradition of visiting the life-sized manger set up in St. Peter’s Square, again to avoid a crowd. In an unusual move for Francis, the 85-year-old pontiff donned a surgical mask for a Vespers service of prayer and hymns Friday evening as he sat in an armchair. But he also delivered a homily standing and unmasked.

“A sense of being lost has grown in the world during the pandemic,″⁣ Francis told the faithful in St. Peter’s Basilica.

Unlike elsewhere in Europe, mass gatherings were allowed despite fears of the omicron variant. One medical expert predicted that Serbia will see thousands of new COVID-19 infections after the holidays.

At Expo 2020, the sprawling world’s fair outside Dubai, 26-year-old tourist Lujain Orfi prepared to throw caution to the wind on New Year’s Eve — her first time ever outside Saudi Arabia, where she lives in the holy city of Medina.

“If you don’t celebrate, life will pass you by,” she said. “I’m healthy and took two (vaccine) doses. We just have to enjoy.”

Security guards held up signs at Tokyo’s famous Shibuya Crossing to warn off people trying to gather there.

South Korean authorities closed many beaches and other tourist attractions along the east coast, which usually swarm with people hoping to catch the year’s first sunrise.

In India, millions of people rang in the new year from their homes, with nighttime curfews and other restrictions taking the fizz out of celebrations in New Delhi, Mumbai, and other large cities.

In mainland China, the Shanghai government canceled an annual light show along the Huangpu River that usually draws hundreds of thousands of spectators. There were no plans for public festivities in Beijing, where popular temples have been closed or had limited access since mid-December.

In the Philippines, a powerful typhoon two weeks ago wiped out basic necessities for tens of thousands of people ahead of New Year’s Eve. More than 400 were killed by Typhoon Rai and at least 82 remain missing.