Check out: Most viral moments of 2020 Tokyo Olympics 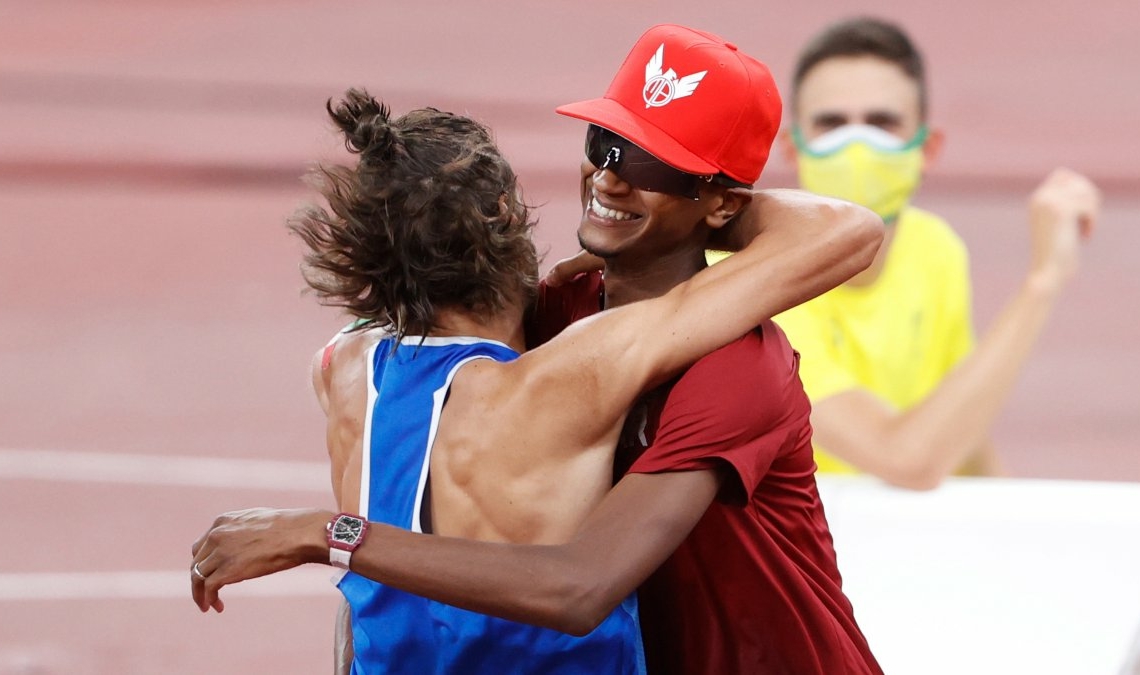 The Tokyo 2020 Games were declared closed on Sunday by IOC chief Thomas Bach, who said it had been the “most challenging Olympic journey” after a year’s pandemic delay and threats of cancellation.

Here are few viral moments, which will be remembered.

Sharing is caring. But you don’t have to tell Qatar’s Mutaz-Essa Barshim and Italy’s Gianmarco Tamberi that.

Instead of having a jump-off to decide who would win the high jumping gold, Barshim and Tamberi agreed to simply share the gold medal instead. The two Olympians are close friends outside of competition, and one can imagine their friendship just got a whole lot stronger now that they’re joint gold medalists.

Boxall flipped out after his swimmer Ariarne Titmus won gold in the 400m freestyle ahead of fierce American rival Katie Ledecky.

Roaring with delight, the long-haired swimming coach kicked the air, hammered his fists and ground his hips against a perspex barrier.

British diver Tom Daley after winning gold medal in the 10-metre platform along with teammate Matty Lee was spotted knitting in the stands while cheering for his country in the women’s springboard final.