Check out: Most popular power couples from music albums of 2021 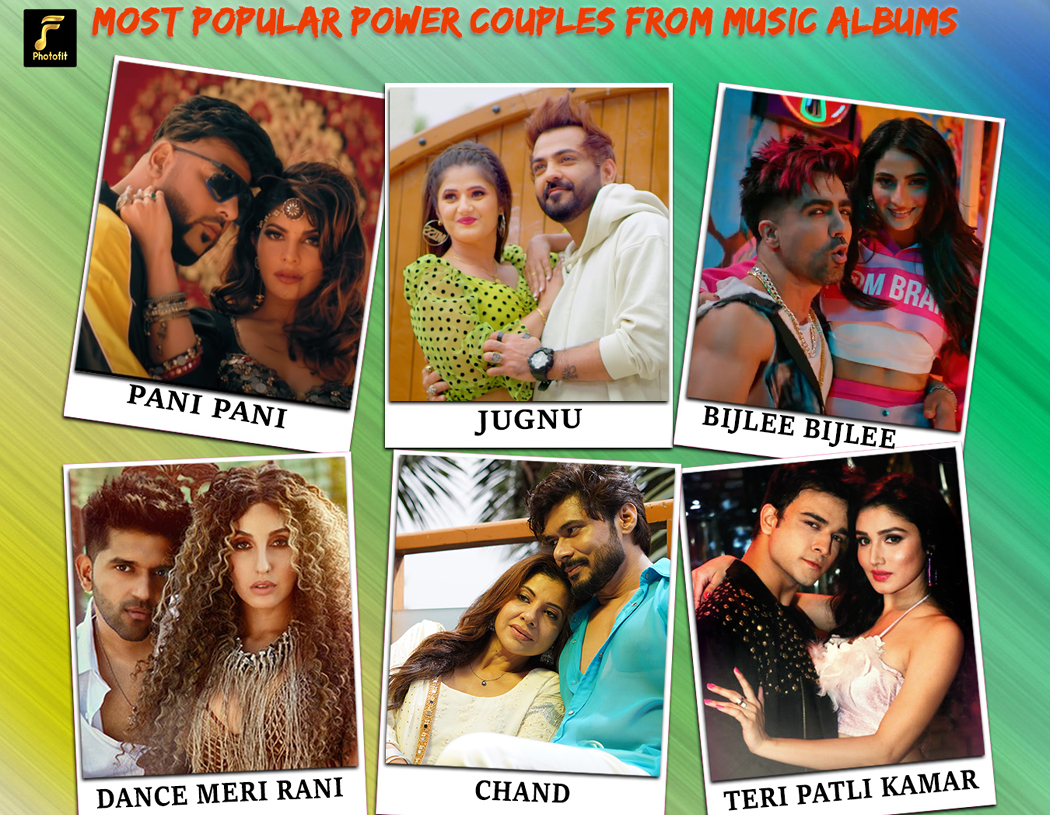 Music albums are now gaining a lot of attention and so are the Jodis of these singles. Jodis have shown sizzling chemistry on-screen which has made the people’s favorite and top popular Jodis of the year. Here are the top six Jodis of 2021.

Guru Randhawa and Nora Fatehi were an astonishing couple for years. Their latest single “Dance Meri Rani” created a blast even before its release. This song was presented by Gulshan Kumar and T Series, with smashing vocals of Guru Randhawa and Zahrah Khan. This song features ravishing dancer Nora Fatehi and Music by Tanishq Bagchi. Before its release, the song gained huge popularity, and the Mermaid look of Nora Fatehi went viral. It is one of the best pieces that we have watched this year.

Next on the list that attracted numerous eyeballs was “Chand” featuring Sambhavana Seth and Avinash Dwivedi, presented by Suresh Bhanushali and Photofit Music. Singer Vardan Singh with his melodious and mesmerizing voice gained popularity as “Chand” was released on the beautiful occasion of Karwachauth. Which made this song everyone’s favorite. This project was headed by Mr. Rajiv John Sauson and Directed by Amit K Shiva. This song highlights the beautiful bond between husband and wife with a strong message and that became the reason for its popularity. Sambhavana Seth and Avinash Dwivedi are not just an on-screen couple but also a couple in real life which added magic to the song. The magic of love was so purely portrayed that stuck in everyone’s mind.

“Bijlee Bijlee” is the most popular single of the year. The song has managed to get maximum views this year. Sung by International Punjabi Rockstar Hardy Sandhu. Bijlee Bijlee introduced charming Palak Tiwari to the industry. Palak is the daughter of popular television actress Shweta Tiwari. Palak with her charming looks and charismatic personality charmed the young audience and became an icon for youngsters. This Punjabi song has made its own top space in the chartbuster and is one of the most heard songs of the year.

One of the most loved couples of this season was seen in the famous dance track “Teri Patli Kamar”. Suresh Bhanushali and Photofit Music gave another hit single of 2021 featuring Krishna Kaul and Donal Bisht. It’s a known party track of this year. Rajiv John Sauson, the director, Photofit Music has headed the project. Featuring Donal Bisht, who is a famous television actress, who was also seen in Big Boss 15. Her moves in Teri Patli Kamar and being an entertaining personality in Big Boss gathered her more popularity. The couple’s onscreen chemistry made them the most desirable Jodi this year through this song released under the banner of Photofit Music.

Scrolling down the list we have Indian Rapper Badshah and Jacqueline Fernandez with “Paani Paani”. This song is presented by Saregama Music, sung by Badshah and Aastha Gill, featuring Badshah and the gorgeous with moves and talent at the par of excellence, none other than, Jacqueline Fernandez. The folk and new age chemistry between the couple were unique and most loved. The typical Rajasthani folk music and sizzling signature dance step made this song popular amongst the audience.

Last but not the least, “Jugnu” produced by Suresh Bhanushali and Photofit Music made it huge on the charts this season. It’s one of the most played Haryanvi tracks this year. Surprisingly, the Haryanvi song swooped its entry into charts which in turn made the cast Manu Punjabi and Anjali Raghav a power duo on screen. This song was also made by Suresh Bhanushali and Photofit Music. Sung by famous Haryanvi singer Renuka Panwar. Renuka Panwar is a well-known name in the Haryanvi Music Industry. Actor Manu Punjabi is a Big Boss Fame who gained popularity with his rough looks. Rajiv John Sauson, Photofit Music who is also the project head of Jugnu is very closely associated with the song.