Check out: It is running money through water pipes in Karnataka 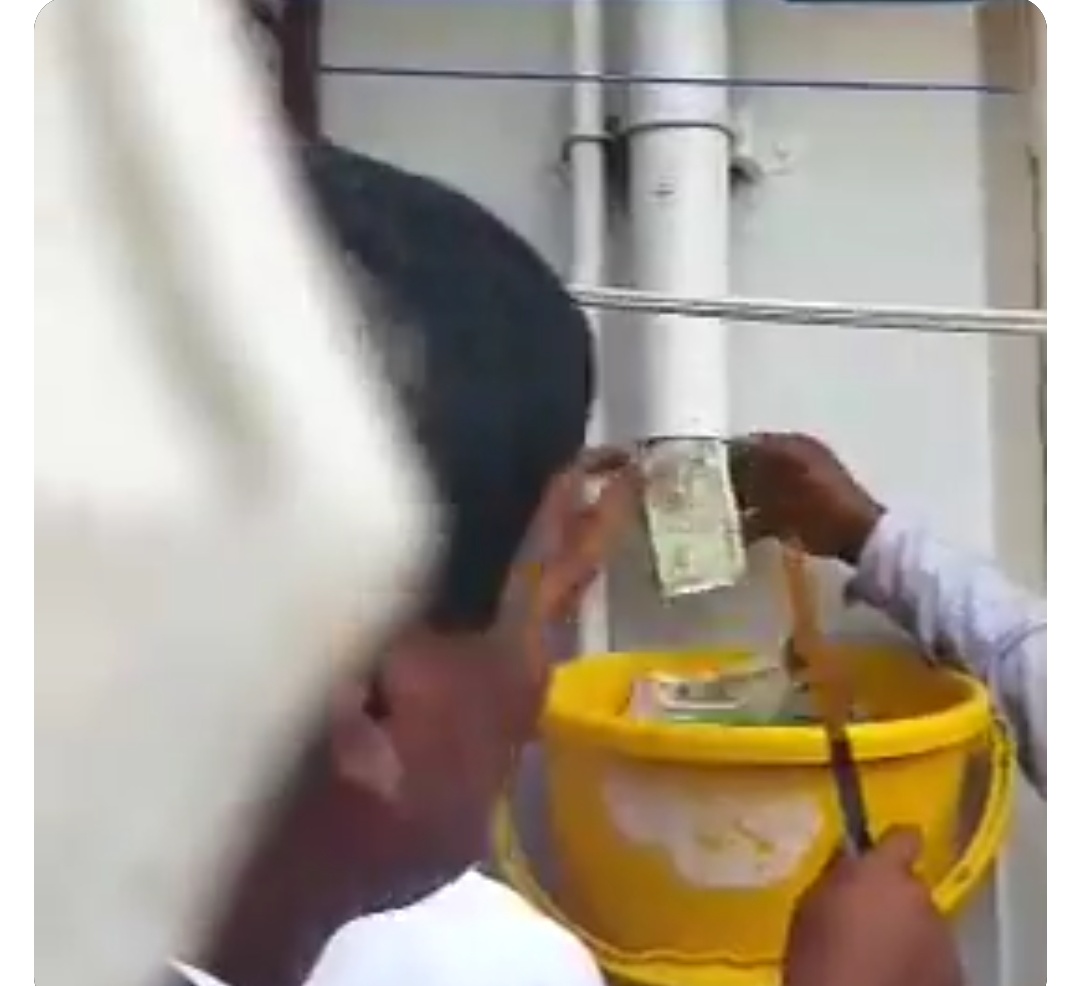 Well, don’t be confused. Karnataka Anti-Corruption Bureau (ACB) found Rs 25 lakh in cash, along with gold ornaments, concealed inside the PVC pipes of a government employee’s house in Kalaburgi.

Newspaper reports said the ACB officials had to call a plumber to extract the cash and jewels stashed inside the pipes, attached to the outer wall of the house.

Apart from this, two other houses of SM Biradar, Junior Engineer at PWD Department Jevargi, were raided, one in Bengaluru and the other also in Kalaburgi.

In all, three cars, one school bus, two tractors, 100 grams of gold ornaments, documents of 36-acre agricultural land, Rs 54.50 lakh in cash, and Rs 15 lakh worth household materials were seized from him, ACB officials said.

The raid on Biradar came as part of a larger crackdown, where searches were conducted at 60 places linked to 15 government officials who have cases of disproportionate assets registered against them.

The raids, carried out by a team of eight SPs, 100 officers, and 300 staff, led to the seizure of gold ornaments, cash, and immovable assets such as land worth crores of rupees, ACB officials said.

Gold ornaments worth Rs 3.5 crore and Rs 15 lakh cash were seized from the Gadag residence of TS Rudreshappa, joint director of agriculture department.