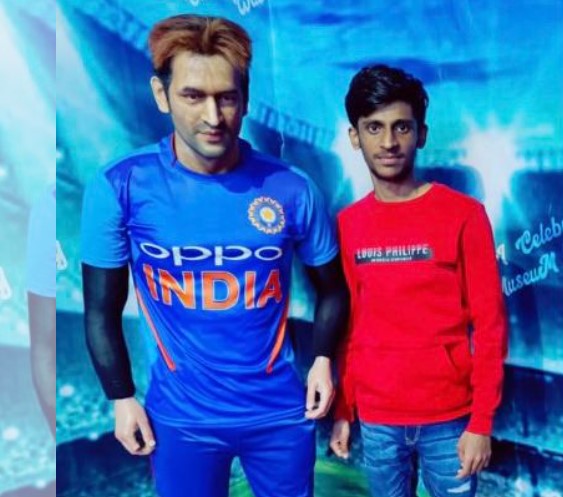 Former Indian skipper MS Dhoni is considered as one of the most successful captains the country has ever produced. His judgements, usually during death overs, besides his alertness behind the stumps have always been hailed by cricketers from all over the world. The flamboyant cricketer in again in news, this time not for his game but for his wax statue that Twitterati has flagged off as an artistic nightmare.

The life-size wax figure of Dhoni was recently unveiled at Chamundeshwari Wax Museum in Karnataka’s Mysore to felicitate the veteran cricketer. But unfortunately the effigy was out-and-out rejected by netizens as they found it not much to look at for not bearing any resemblance to Dhoni.

After calling it a sheer blunder, the statue is now serving as fodder for the memes. Netizens find the likeness of the statue more with Pakistan cricketer Shoaib Malik than MS Dhoni.