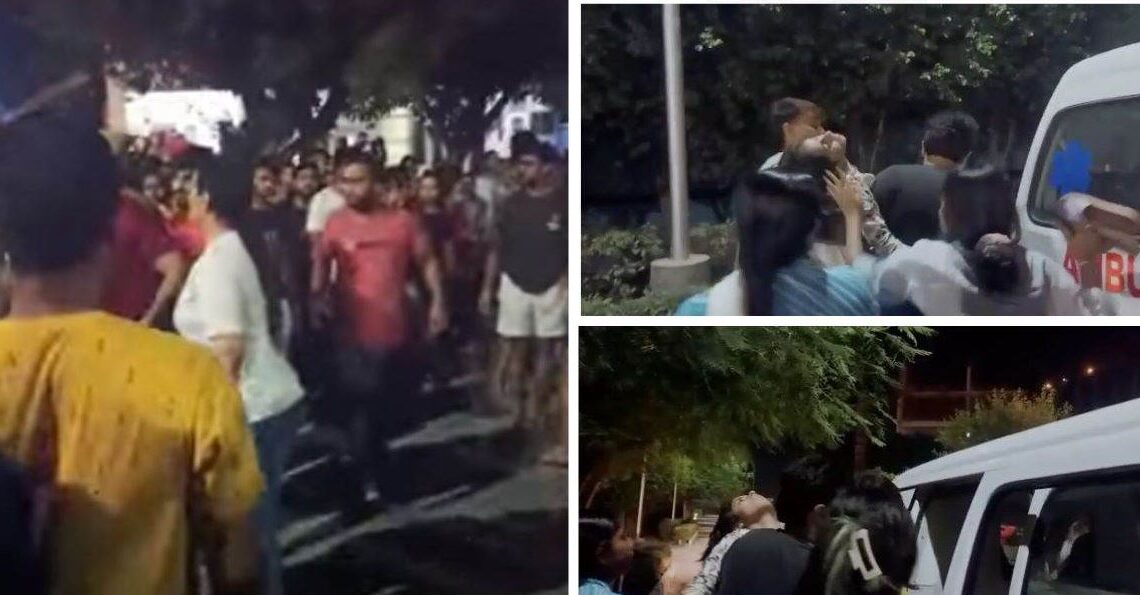 In a shocking incident, a girl student leaked an objectionable video of her fellow students in a university hostel in Chandigarh triggering massive protests in the campus.

The ruckus ensued late Saturday night at the university after the woman student was confronted for making MMS clips of fellow hostel students, which surfaced on the internet.

As per reports, the woman student was allegedly making videos of her fellow hostel mates and sending them to a man in Himachal Pradesh’s Shimla, who uploaded the MMS clips on the internet. Students were in a state of shock when clips of them having a bath surfaced online.

There were reports that a woman attempted suicide after the clips of them taking baths went viral. However, the police have dismissed the reports.

The Chandigarh Police on Sunday arrested a woman student from Mohali for allegedly leaking the objectionable videos.

A large number of students took to the university campus late Saturday night to protest against the incident.

As per the report, one affected student collapsed and was rushed to the hospital.

An FIR has been registered in the case, said DSP Rupinder Kaur, adding that the accused student has been arrested.

Reacting to the incident, Punjab School Education Minister HS Bains appealed to Chandigarh University students to remain calm and assured them that the guilty won’t be spared.

“I humbly request all the students of Chandigarh University to remain calm, no one guilty will be spared. It’s a very sensitive matter & relates to dignity of our sisters & daughters. We all including media should be very very cautious,it is also test of ours now as a society,” he tweeted.

Earlier, there were reports that a few students attempted suicide following the incident. However, according to Chandigarh University’s student welfare officer, no suicide was attempted. “Only one girl fainted. She was hospitalised and is now stable,” the official said.

“The matter has been reported to the cyber crime branch,” the official added.