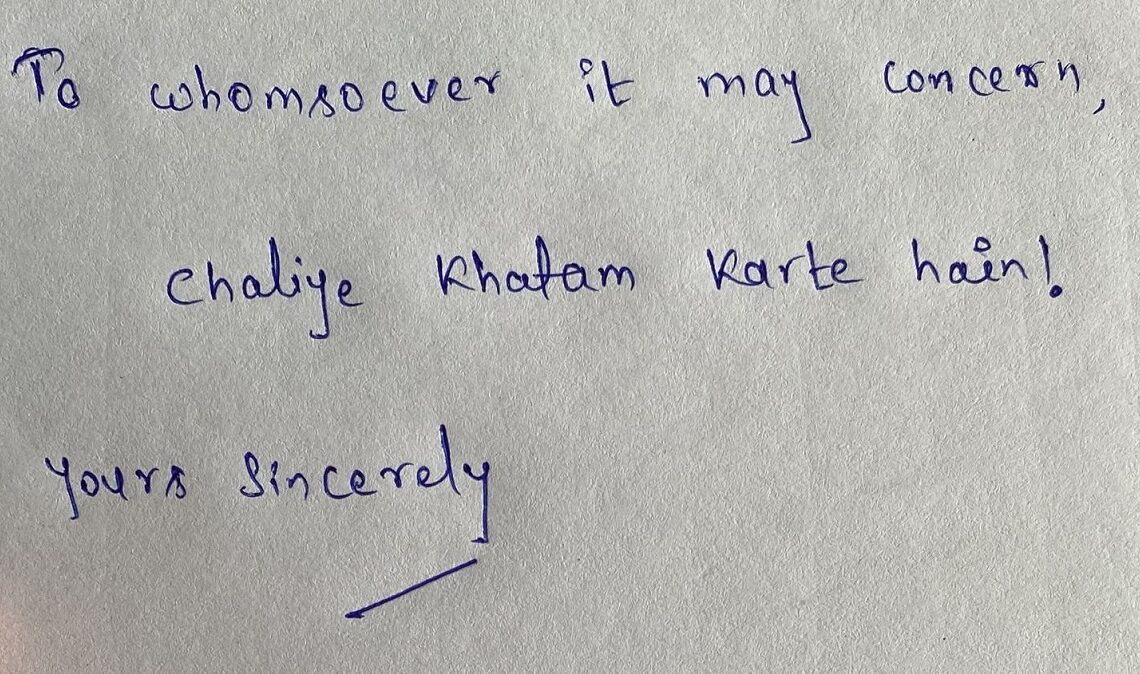 Writing resignation letters can be hard, and even harder at times is knowing that you cannot be completely honest in them. YouTube India has hilariously come up with a rescue for all such looking to put in their papers.

YouTube India shared an example of a ‘nice resignation letter’.

The video-sharing platform posted the screenshot on its Twitter handle with the caption: “nice resignation letter.”

The post was shared a day ago has also gathered over 8,700 likes.