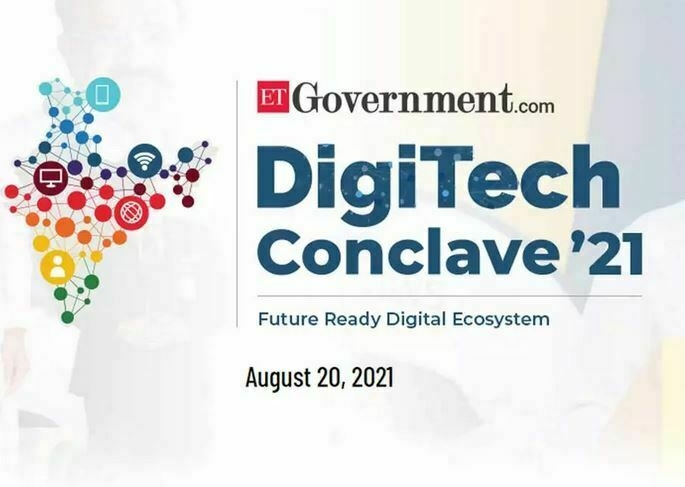 JAMMU: In a premier e-Governance related event organized at the National level by ETGovernment.com, Chief Executive Officer, Jammu & Kashmir e-Governance Agency (JaKeGA), Amit Sharma, made a special presentation on leading role played by ace e-Governance Agency of the UT towards transforming the way government has been working here during the last few months in an all-important session relating to “Future Ready Digital Ecosystem for Central Government, State Governments and Local Governments”.

This exclusive virtual conference at the national level was organized at national level in which Secretaries, Directors and CEOs of almost all the States, Union Territories and Central Government participated.

CEO JaKeGA was very particular in talking about the lead role played by the agency in successfully implementing eOffice Project in all departments of Civil Secretariat J&K which has resulted into paperless office functioning besides ensuring that both the secretariats in Jammu and Srinagar keep functioning simultaneously throughout the year. He added that a corollary to it is the recent successful establishment of Central Repository Units (CRUs) in both Secretariat complexes which has facilitated movement of DAK to all respective quarters electronically thereby completing the whole circle of bringing Secretariat functioning on e-Mode.

Amit Sharma during his presentation also mentioned about several key e-governance projects which are being successfully implemented in J&K like upgradation of centralised Data Centre in Jammu, establishment of Data Recovery Centre outside J&K and Near DR Centre in Srinagar, implementation of State Services Delivery Gateway for offering services of various departments through online mode, establishing Digital Village Centres for direct connectivity between top offices and Gram Sabhas, State Wide Area Network to connect all Block level offices using MPLS Technology, creation of an exclusive COVID Dashboard, Online LG Grievance Redressal Mechanism and many such similar initiatives which were widely appreciated by the participants during the Conclave.

While replying to specific queries of ET Government Conclave moderator Arpit Gupta, Amit Sharma shared his vision about upcoming e-governance initiatives in J&K which included LG Dashboard for live display and updating of ongoing development schemes relating to different departments in UT, implementing eOffice in all field offices of J&K, overhauling of existing CSC model to facilitate it for helping the last mile user and even organising national level summits in near future to spread awareness about J&K leading role in information technology sector.

Amit also invited all leading technology players across the board for making J&K as their favourite investment destination since lot of IT-enabled Projects are coming up here in coming days.