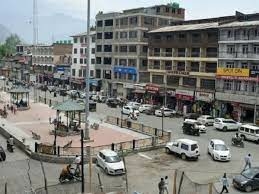 New Delhi: As part of the Centre’s special public outreach programme, nearly 70 ministers from Prime Minister Narendra Modi’s Council of Ministers will visit the Union Territory of Jammu and Kashmir.

The nine-week Public Outreach Programme-II in Jammu and Kashmir starts next week.

Eight Ministers will be visiting the Union Territory every week beginning September 10 during which they will have direct interaction with the people, administration and representatives of the Panchayati Raj Institutions (PRIs) among others listing issues faced by them and addressing whichever is in their domain while forwarding rest in comprehensive reports to the Ministry of Home Affairs (MHA) and Prime Minister’s Office (PMO).

Union Minister of State in the Prime Minister’s Office (PMO) Dr Jitendra Singh, who is the lone Union Minister from erstwhile State of Jammu and Kashmir, is coordinating with the Union Home Ministry in finalizing schedule about visits of the Ministers to the Union Territory.

“The schedule is likely to be released in next few days,” they said.

As per tentative proposal, eight Ministers will visit the Union Territory every week—four each in Jammu and Kashmir divisions.

“The Outreach Programme will last at least nine weeks as around 70 Ministers will be touring J&K,” sources said, adding that senior Cabinet Ministers will also be part of the Programme but their visits will be finalized depending on their schedule. Some of the Ministers, who were inducted in the Council of Ministry in major reshuffle carried out by Prime Minister Narendra Modi in July this year, will be visiting Jammu and Kashmir for the first time after taking over the new responsibility.

“Tours of some of the Ministers will be area-specific,” they said, adding that Ministers for Agriculture will tour areas of farming while the Rural Development Department and Urban Development Department Ministers will be visiting rural and urban and semi-urban areas respectively. It will be endeavour of the Central Government to cover almost all tehsils if not blocks by the visiting Ministers so that people could directly raise their issues with them.