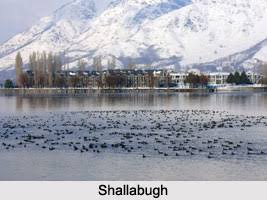 SRINAGAR: Centre has designated Hygam and Shallbugh wetlands as Ramsar sites to boost conservation efforts in Jammu and Kashmir.

With this, the Kashmir valley has now four Ramsar sites. Earlier, Wular and Hokarsar were designated as Ramsar sites in the valley.

“It will give a major boost to our conservation efforts. Now, these sites will be internationally recognized. There will be added focus on preserving and conserving them for posterity.,” said Ifshan Dewan, Wildlife Warden, Wetlands, Kashmir.

‘Convention on Wetlands’ called the Ramsar Convention, signed in Ramsar, Iran, in 1971, is an intergovernmental treaty that provides the framework for national action and international cooperation for the conservation and wise use of wetlands and their resources.

Ministry of Environment and Forests said wetlands are the only ecosystem to have a dedicated multilateral environmental agreement of their own, the Ramsar Convention. Currently, there are 172 Contracting Parties to the Convention, with 2439 wetland sites, totaling over 254,691,993 hectares designated as Wetlands of International Importance. India became a party to Ramsar Convention on February 1 1982 and so far 75 wetlands have been designated as Ramsar sites.

“It will also help us in getting funds for conservation. New measures will be taken to conserve wetlands given their international recognition,” said Dewan

Officials said encroachment and poaching are the biggest problems in Kashmir wetlands. Officials are gearing up to launch a major drive to free Ramsar sites from encroachments.

Every year, lakhs of migratory birds from Siberia, Europe, and Central Asia arrive in the Kashmir valley. Hokersar is the landing point for the birds. From there, they go to different wetlands. Shalbug, Mirgund, and Hygam wetlands are a night-feeding sojourn for the winged visitors. The inward migration of the birds starts on September 15 and they leave by March-April.

This year, 10 new species of migratory birds chose Kashmir wetlands as their winter home. White-Fronted Goose, Wooper Swan, Tundra Swan, and Waders were spotted for the first time in Hokersar this year. Last year, Whooper Swans were spotted in Kashmir after 60 years. Among the four swans who rested in the valley, two were killed by the poachers. Kashmir has around 400 water bodies, of which 25 are the winter destination for migratory birds.