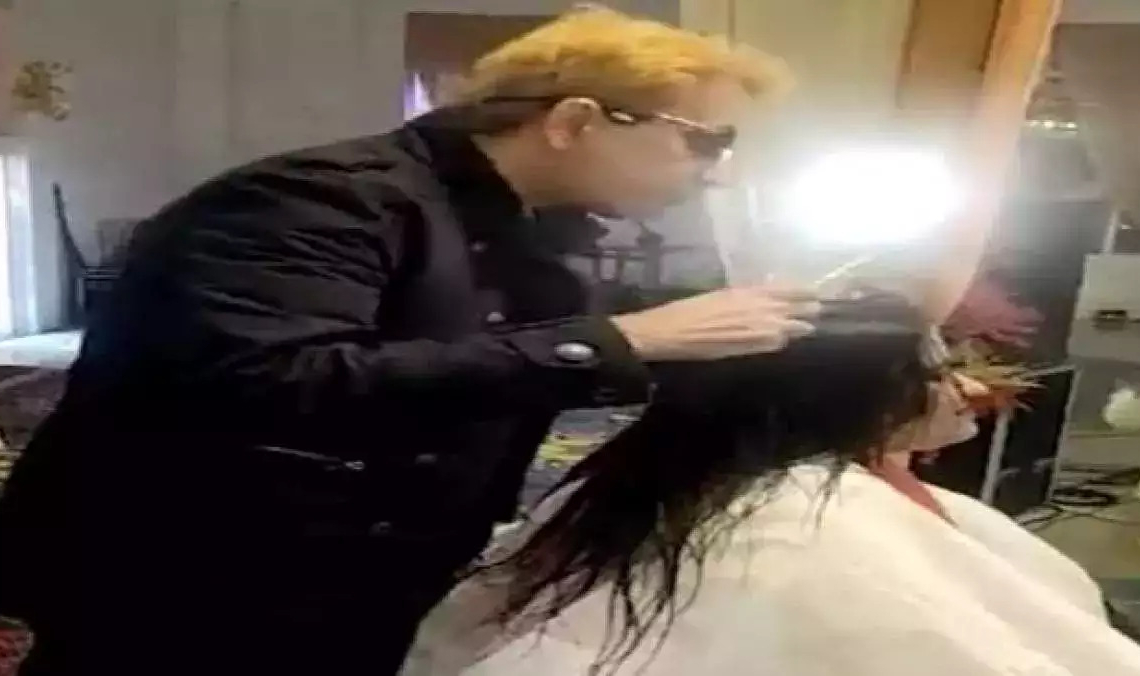 Celebrity hairstylist Jawed Habib is under fire for using his spit to hairdo a woman during a workshop in Uttar Pradesh’s Muzzaffarnagar.

National Commission for Women (NCW) took cognizance of the incident and wrote to UP DGP to take appropriate action.

“@NCWIndia has taken cognizance of the incident. Chairperson @sharmarekha has written to @dgpup to immediately investigate the veracity of this viral video and take appropriate action. The action taken must be apprised to the Commission at the earliest,” NCW tweeted.

Under fire, Jawed Habib went into damage control mode and apologized for the act.

In the video which has now gone viral, Jawed Habib can be seen spitting on a woman’s hair to demonstrate how to style when water is not available.

“Why is hair dirty? Because there was no shampoo….There is a shortage of water…this spit has life,” Jawed can be heard saying as the audience clapped loudly.

Later Pooja Gupta, an owner of a beauty parlor, who was used as a prop during the workshop broke her silence in the video. ” I attended the workshop of Jawed Habib sir. He invited me on the stage to give me a haircut. He said if there is no water in your parlor, you can use spit. I did not get my haircut. It’s better I will go to my streetside barber and get a hair cut, but won’t go to Habib’s,” Pooja Gupta said.

Talking to TV channels, the woman said she went to the workshop to learn new things. “He called me to the stage to teach hair cutting. He pushed my head, I objected and said I have cervical issues. Then he spat twice on my hair and said that if you don’t have water in your parlor then you can spit. My husband was making the video. Later Habib’s assistant said he was just joking,” she said.

New Covid variant detected in France not a threat yet: WHO