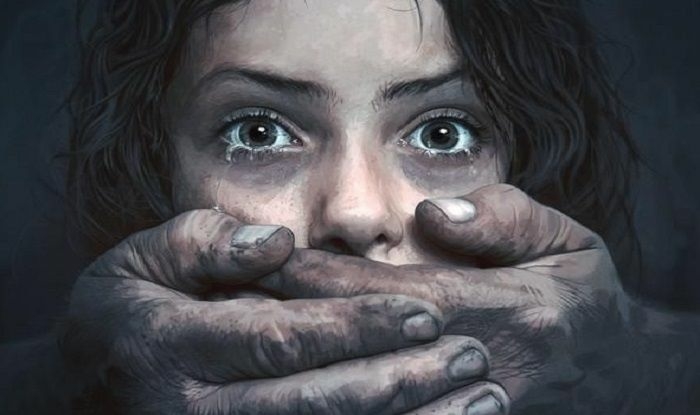 Jammu and Kashmir Police’s Crime Branch filed a supplementary charge-sheet in the Pathankot court on Monday, rebutting Zee News report that Vishal Jangotra, an accused in the rape and murder of an eight-year-old girl in Kathua, was present in Mirapur, Muzaffarnagar at the time of crime.
The supplementary charge-sheet mainly comprises evidence collected by the Special Investigation Team since submission of the first charge-sheet in April.
Earlier, Zee News in its “biggest revelation” on Kathua gangrape-murder case (Kathua Ka Satya) had claimed to have accessed a CCTV footage from an SBI ATM in Muzaffarnagar where Jangotra is purportedly standing in a queue and withdrawing money on the day and at a time when the police charge sheet accuses him to be present in Kathua.
Now the supplementary charge-sheet has established through the evidence of money trail and call data analysis of the accused persons as to how the accused cops allowed a cover-up of the gruesome incident. It also reveals the location of Jangotra, son of Sanji Ram, alleged to be the mastermind behind the abduction and killing in January this year.
The Crime Branch had arrested Ram, his son Jangotra and his “juvenile” nephew, two special police officers Deepak Khajuria and Surender Verma and friend Parvesh Kumar. It also arrested head constable Tilak Raj and sub-inspector Anand Dutta, who allegedly took Rs 4 lakh from Sanji Ram and destroyed crucial evidence.
The supplementary charge sheet also includes medical opinion about the effect of sedatives on the victim, asserting that that the child was continuously administered overdose of Clonazepam rendering her incapacitated to resist rape and murder.
The girl went missing on January 10 and over the next week, she was drugged, starved, gangraped and then brutally murdered, according to chilling details in the charge sheet. Her battered body was spotted by villagers on January 17. The incident not only created fissures in the People’s Democratic Party-Bharatiya Janata Party state coalition government but also brought to the fore fault lines in state’s polity.
Amid growing tension and acrimony, the Supreme Court had transferred the trial of the case outside Jammu and Kashmir to Pathankot in Punjab in May. The apex court had earlier given the Crime Branch eight weeks to file the supplementary charge sheet.
Here’re major takeaways from the charge-sheet that sums up Crime Branch’s investigation in the case:
. A perusal of bank account statement of Sanji Ram revealed that in the month of December 2017 and January 2018, the accused repeatedly withdrew money ranging from Rs 40,000 to Rs 1, 00,000 from his bank account on different dates. During investigation it transpired that during the period of withdrawal of money, the accused had neither undertaken any constructional activity nor had he acquired any valuable asset nor any social function was solemnised in his family.
. The scrutiny of bank account maintained by accused sub-inspector Anand Dutta revealed that there is a downward trend in the withdrawals made during the months of. January and February.
. Bank account maintained and operated by another accused head-constable Tilak Raj also revealed that there is a drop in the withdrawals made during the month of January.
. On being re-examined, Village Defence Committee members unequivocally deposed that at the time of their initial deposition they were called by accused sub inspector and directed to make a false statement before the investigating officer of the Crime Branch.
. The detailed call data record analysis indicated spike in the calls between the accused persons including Deepak Khajuria, Sanji Ram, Tilak Raj, Anand Dutta, Surinder and Vishal Jangotra, around important dates concerning the crime.
. The Forensic Science Laboratory reports indicated that Vishal Jangotra, a student of BSc Agriculture at Aakansha College Miranpur, was not present in the examination centre on January 12 and 15 and resorted to manipulation of the attendance sheets and tried to create an alibi in order to save himself from the clutches of law. The FSL reports clearly indicate tampering of the attendance sheets and pointed to the fact that access to the attendance sheets was given to the accused and that the answer sheets of examination dated January 12 and 15 were written by him subsequently.
. Call detail record analysis also revealed that Jangotra remained in constant touch with his family whenever he was in Uttar Pradesh. Pertinently, there are no calls between the accused and his parents from January 12 to 17, which is unusual and vouches for his presence in Rasana (Kathua) on crucial dates concerning crime.
. Analysis of data retrieved from the mobile phones used by Vishal revealed incriminating chat details, indicating he was deeply perturbed and as a result of his guilt conscience, was apprehensive about his arrest well before the investigating agency took any step against him.
. Notably, the Lok Sabha recently passed the Criminal Law (Amendment) Bill 2018 that provides for death penalty as the maximum punishment in cases of rape of a child under 12 following an outcry over Kathua rape and murder case.