CAT Secretariat to come up in J&K, no one needs to go to Chandigarh: Centre 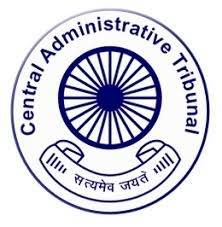 “In the wake of the news reports appeared in a section of media that “GoI shifts all service matters of employees of J&K and Ladakh UTs to Chandigarh CAT”, it is clarified that neither the petitioner nor the lawyer need to go to Chandigarh for filling petitioner appearing before the tribunal related to service matters of employees (sic),” the Ministry of Personnel, Public Grievances & Pensions said in a statement on Friday.

“The term Chandigarh circuit is being misinterpreted to mean that the petitioner/lawyer would have to go to Chandigarh, which is not so. All service matters of Central Government and UT employees of J&K and Ladakh will be heard and disposed off in CAT bench in J&K itself,” it added.

Minister of State for Personnel Jitendra Singh too announced the same on his Twitter handle.

“No room for any misinformation! All service matters of Central Government and UT employees of J&K and Ladakh will be heard and disposed off in CAT bench in J&K itself,” he tweeted.

“It is reiterated that earlier also, the CAT bench used to hold its sittings in Jammu & Kashmir to dispose off service matters related to Central Government employees of J&K. The only difference now is that it will also be disposing off matters related to UT employees and therefore will have more frequent sittings in UT of J&K,” read the new statement.

It said the registration of cases can also be done locally either online or in the secretariat office of CAT to be set up locally after the UT Government provides appropriate facility.

“Disposal of cases through CAT in UT of J&K will ensure fair and objective delivery of justice,” it added.

Earlier on Wednesday, the Department of Personnel and Trainings (DOPT) had notified that service matters of J&K and Ladakh UTs would be dealt by the Chandigarh bench of CAT whose mandate was restricted to hearing matters of central government employees in the erstwhile state of J&K. The CAT will deal with matters like services, employment, pension etc.