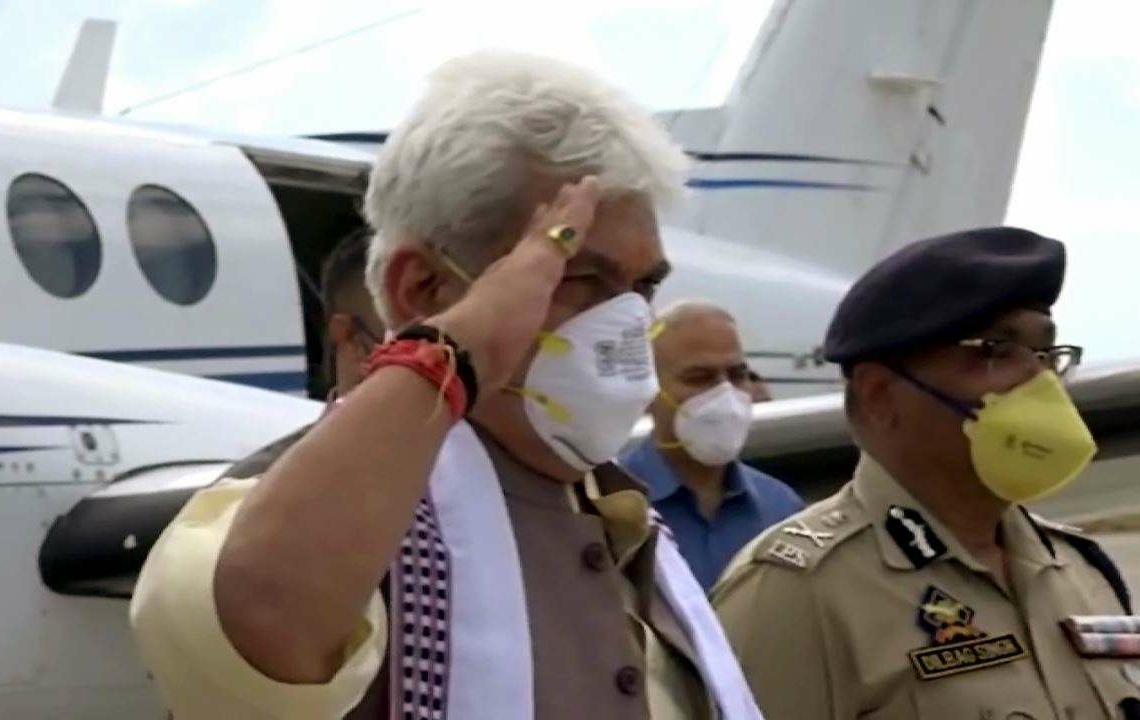 SRINAGAR: Imagine a Lieutenant Governor refusing to board a chopper and preferring to stay in a state guest house rather than Raj Bhawan.

In an exemplary act of public probity, new Jammu and Kashmir Lieutenant Governor Manoj Sinha refused to board a chopper from Airport to Raj Bhawan and instead traveled by road sending the security staff into a tizzy.

Sinha did not check into Raj Bhawan soon after his arrival as his predecessor Girish Chandra Murmu was yet to vacate his official residence.

Sinha was received by top civil, police, and army officers at the airport. As is the precedent, a chopper was kept ready at the tarmac to take him to the Raj Bhawan.

Security staff scrambled and arranged the vehicles and escort to take him to the Raj Bhawan. What was more surprising that neither the traffic was halted not anyone was put to inconvenience when he traveled from the airport to Raj Bhawan.

Even the new LG did not check into the Raj Bhawan and instead asked his personal staff to take him to the government guest house. The reason:  His predecessor GC Murmu had not vacated the official residence and he did not want to be seen as a trespasser.

Later he checked into the Chashma Shahi Guest House where he spent the night before he was sworn in as the new Lieutenant Governor on Friday. It is to be noted that despite being a former union minister, he lived in a rented flat at Hauz Khas.

This is in stark contrast to former governor Satya Pal Malik who checked into the Raj Bhawan even before his predecessor NN Vohra had to official vacate his residence in 2018.  Staff was shocked when the personal belongings of Vohra had to be stored in one room to pave way for Malik to check-in.

An alumnus of IT-BHU, the civil engineer turned BJP politician missed the chance to become UP chief minister in 2017 by a whisker. Later he slipped into the oblivion. He was given a BJP ticket to contest 2019 Lok Sabha polls from Ghazipur constituency. However, he was second time unlucky as he lost to BSP’s Afzal Ansari by a margin of 1.10 lakh votes.

In Modi-1, Sinha was a minister of state for railways and communications. An able administrator, he is known as the man of the masses in Uttar Pradesh.