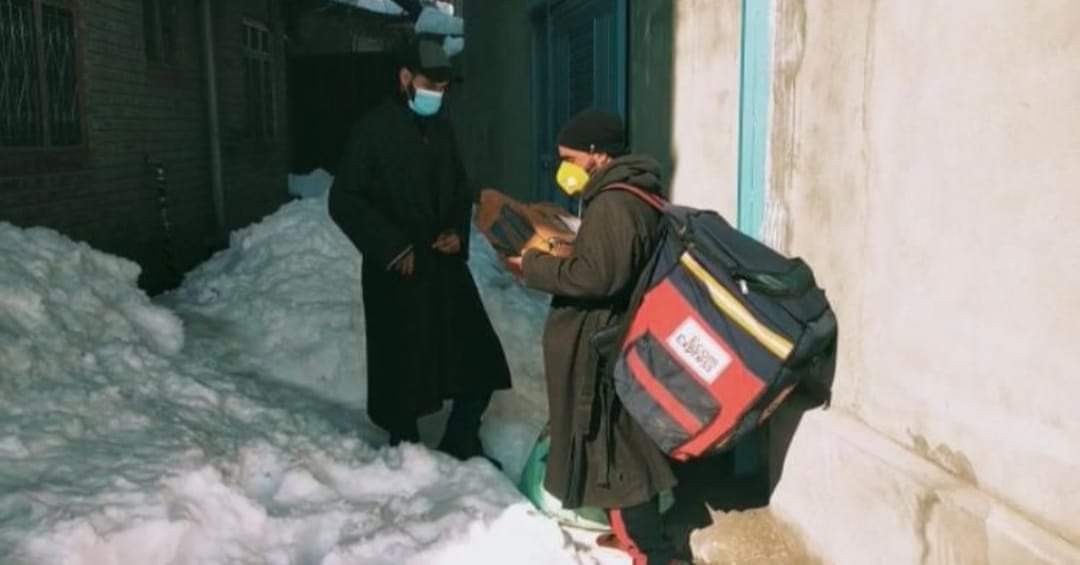 Srinagar: Critically ill Zareena Bano, 50, had almost given up on receiving the packet of medicines when it snowed last week.

She had ordered life-saving medicine online and it was to be delivered on January 9. It was snowing heavily and roads were blocked. Parcel delivery was almost impossible. But suddenly there was a knock on her door. She peeped through the window and saw a delivery boy drenched in snow. “You have a parcel,” he said.

She immediately opened the cover and thanked God. By the time the joy could sink in, the delivery boy had left. She wanted to say thank you, but he was not in sight.

“We were told that the delivery would happen on January 9. I knew that snowfall will hamper courier services since many flights didn’t arrive. But the packet delivery on that day was a pleasant surprise,” she said.

Not just Zareena, many people from the valley got their couriers delivered on time despite heavy snowfall.

Not a single courier outlet shut down its operations in snow. In fact, boys were motivated to continue delivery during inclement weather

From food to medicines and from woolens to baby food, thousands of packets were delivered in Kashmir during the snowfall.

Courier boys were seen driving their two-wheelers and some walking on foot to deliver shipments.

“During snowfall, our team worked hard to deliver parcels. Scores of shipments were sensitive. From medicine to essentials, our delivery boys were on toes,” he said.

Qari said they ensured 75 percent of delivery despite the inclement weather.

“On normal days, we ensure 100 percent delivery. Apart from two-wheelers, we pressed four-wheelers into service,” he said.