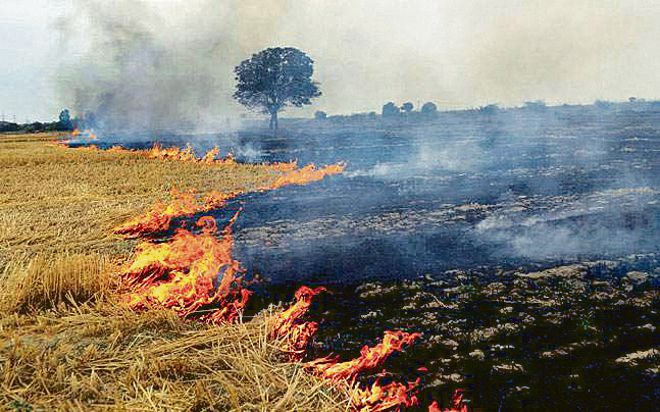 The NHRC, in a communique, said that it heard the response of the Chief Secretaries of Delhi and the three neighbouring states on November 10 and had again asked them to appear before it on November 18.

The governments have failed to provide an adequate number of machines and adopt other measures. Consequently, farmers are forced to burn stubble, leading to pollution. —NHRC

The commission had on Thursday said the farmers were burning stubble “under compulsion” and it was due to the “failure” of the four state governments that farm fires were happening. It said the state governments had to provide farmers harvest machines to get rid of stubble. “The governments have failed to provide an adequate number of machines and adopt other measures. Consequently, farmers are forced to burn stubble, leading to pollution,” it said.

The NHRC said none of the states could, therefore, blame the farmers for stubble-burning. “Instead, it is due to the failure of all four state governments that the stubble-burning is happening in Delhi, Punjab, Haryana and UP, causing enormous air pollution,” it said.

During the hearing, the Delhi Government informed the commission that of the 5,000 acres of farmland in its territory, bio-decomposer was sprinkled free of cost on about 2,368 acres where paddy was grown till October 11. It provided details of mobile and static anti-smog guns deployed on various roads and on high-rise buildings. The Haryana Government listed the hotspots identified in villages and the steps taken to remove these. Also, it informed about the steps taken for stopping construction activities.