Can you identify this Bollywood actor…oops actress? 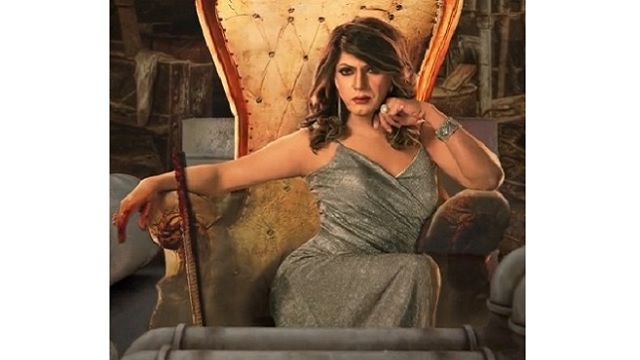 Mumbai: Trust Nawazuddin Siddiqui to bowl the audience over with his work and dedication to his character. Keeping up with the legacy, the actor has left the audience gasping in disbelief with the motion poster of his upcoming film ‘Haddi’ where he can be seen dressed as a woman.

The motion poster of the film was unveiled on Tuesday and it shows Nawaz donning a metallic graphite-colored gown with a ring and an arm gear matching his gown, thereby leaving the viewers intrigued.

Commenting on the occasion of the motion poster release, Nawaz said: “I have portrayed different interesting characters but ‘Haddi’ is going to be a unique and special one since I will be sporting a never-seen-before look and it will also help me to push the envelope as an actor. Looking forward to starting shooting the film.”

‘Haddi’ is a noir revenge drama directed by Akshat Ajay Sharma and has been co-written by Akshay and Adamya Bhalla.

Talking about the film, Akshat Ajay Sharma, who has worked as a Second Unit Director in popular web series ‘AK VS AK’ and ‘Sacred Games’, said in a statement, “It’s going to be a double whammy, as ‘Haddi’ gives me the opportunity to collaborate with Nawazuddin. Our team is hoping that the motion poster piques the audience’s interest as we are excited to be diving deep into a new world. Can’t wait to start filming”.

Produced by Zee Studios, and Anandita Studios (Raadhika Nanda, Sanjay Saha), the film will be shot in areas around Western Uttar Pradesh, including Noida and Ghaziabad, and is scheduled to release in 2023.