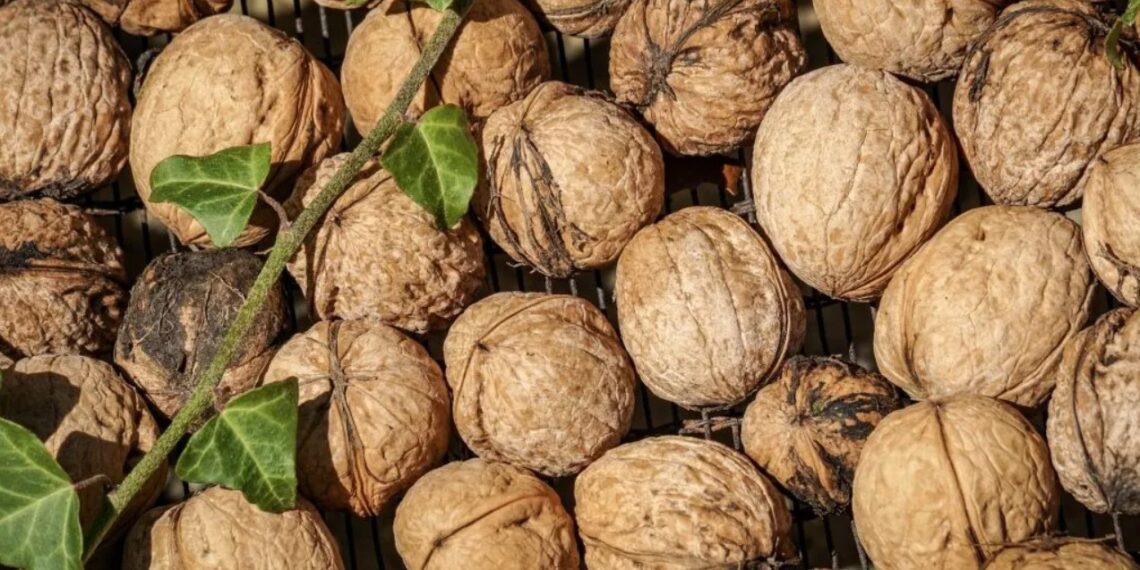 For the fifth straight year, the walnut rates have dropped by almost 50 percent. It is even though the local fruit is organic and has high nutrients compared to Chinese, and Californian varieties.

“The current market is no different compared to the previous years. Currently, kernel sells at Rs 200 to Rs 800 per kg.  This was selling at  Rs 1200 per kg a few years before,” he said.

Similarly, the rates of shelled walnut range from Rs 120 to Rs 200 per kilogram.

“In 2016-17, one kilogram of shelled walnut would sell at Rs 270- 400 per kilogram. We have been telling the same to the government for the last many years but it has failed to find any solution. Like apple, walnuts are an important constituent of Kashmir horticulture sector and require prompt action and attention from the government,” he said.

The gradual decline in the market for Kashmir walnut has prompted many dealers to give up this trade.

Farooq Ahmad Bhat, a walnut dealer from Baramulla this year has taken to sheep farming given the immense losses witnessed by him in the last five years.

“Walnut business is very difficult especially when its demand is very low even in the domestic market. Few years before a huge quantity was getting exported. But now this trade is not viable. I switched to sheep breeding,” he said.

Sensing trouble, Jammu and Kashmir government has asked growers to switch over to high-density walnut plantations to fight the influx of California, Chile, and Chinese varieties.

Officials said Kashmir is not able to produce a bulk quantity of walnuts and this has resulted in bulk imports.

“Our walnuts have huge demand. But we are not producing the variety that sells in the market. A particular variety, which is in huge demand is not produced in bulk in Kashmir,” said Abdul Qudus Beig, Horticulture Development Officer.

“The department is currently raising awareness about high-density walnut trees,” he said.

India ranks eighth in walnut production in the world. Kashmir produces 2.75 lakh metric tonnes of walnuts, which is over 90 percent of the total production of the country. More than 89000 hectares of land are under walnut cultivation in the valley