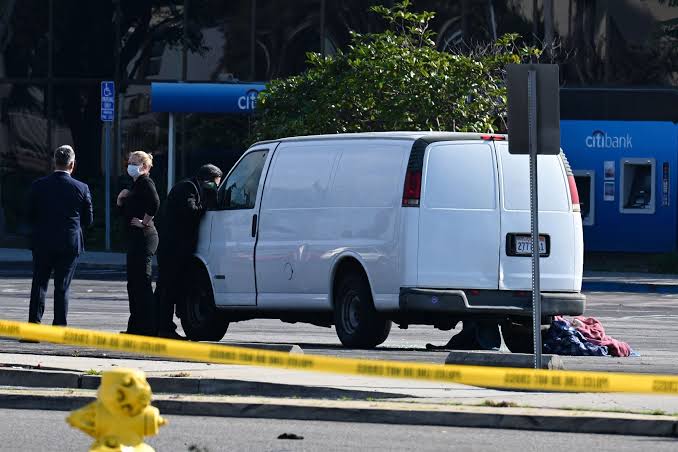 Police tracked him down to a van and surrounded it. As the officers approached the vehicle, they heard a gunshot.

Los Angeles County Sheriff Robert Luna said on Sunday police had tracked a wanted van and when officers approached, they heard one gunshot from within the van.

“The suspect sustained a self-inflicted gunshot wound and was pronounced dead at the scene,” Luna said.

The man was named as 72-year-old Huu Can Tran.

“I can confirm that there are no outstanding suspects from the mass shooting incident,” Luna said, adding the motive for the attack, which left 10 people dead, was not yet known.