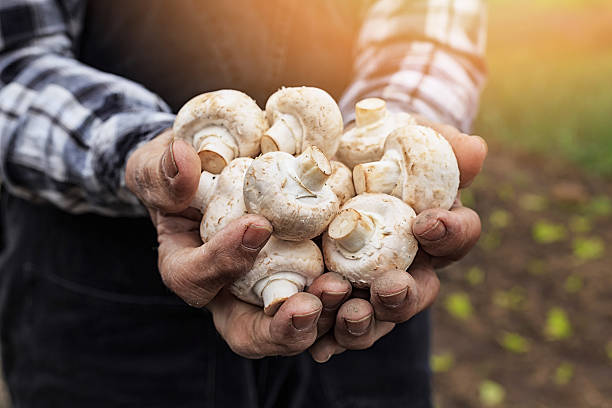 SRINAGAR, SEPTEMBER 13: Mushroom production is at its all-time high across J&K due to Agriculture Department’s efforts in bringing the best methods and providing technical know-how to new-age agri-entrepreneurs.

Under the Rashtriya Krishi Vikas Yojna (National Agriculture Development Programme) mushroom cultivation is a focus area and Mushroom growers are equipped with quality seeds and trained in scientific cultivation techniques.

The Valley boasts many success stories in the mushroom cultivation business and the administration’s 50 percent subsidy and technical knowledge are making the cultivation profitable for growers.

Non-timber forest products (NTFPs) like mushrooms are a source of livelihood for people living in the forest area. J&K has 20,230 sq km covered in forests, which is about 20 percent of its total geographical area.

In the Shivalik range of the Jammu region mushrooms (especially Gucchi) provide income security to peasants. Gucchi mushrooms fetch the great commercial value. There is always competition among forest dwellers to find a bunch of them on regular basis.

With the recent government interventions, forest-dwellers in Jammu Shivaliks are being given formal training and instructions about mushroom collection and processing techniques, market knowledge, and market access, so that their efforts pay them their rightly earned share.

While discussing what to pursue after their higher education, they learned about the Department of Agriculture providing financial and technical assistance to those interested in mushroom farming. Raukaya Jan and Sobiya are running many successful mushroom cultivation units in less than a year.

Nilofar Jaan of Pulwama received training in mushroom cultivation from the Department of Agriculture, Kashmir, and claims to earn around Rs 90,000-1 lakh per year.

Women empowerment is at the forefront of all the economic development plans of the J&K administration. Their role in the socio-economic upliftment of the UT is recognized and appreciated.

In the nearby Shopian, Jehangir Ahmed Malik and his friend Umar Yaseen of Nadigam hamlet set up Mushroom Cultivation after getting training and subsidy from the Agriculture department.

The duo set up the unit with the help of the Department of Agriculture in a 20×18 room and have been cultivating the button mushrooms over the last six months. Malik believes that unemployed youth, particularly those living in rural areas, could easily earn their livelihood by turning to progressive farming.

Similarly, in Kupwara a youth who quit his job two years ago to become independent now owns a Mushroom farm.

Nisar Ahmed Ganie of Bramri Kupwara quit his job after he was encouraged by the agricultural department to pursue Mushroom Cultivation. After his first successful crop, Nisar has set up five units of mushroom cultivation from which he is earning a good income.