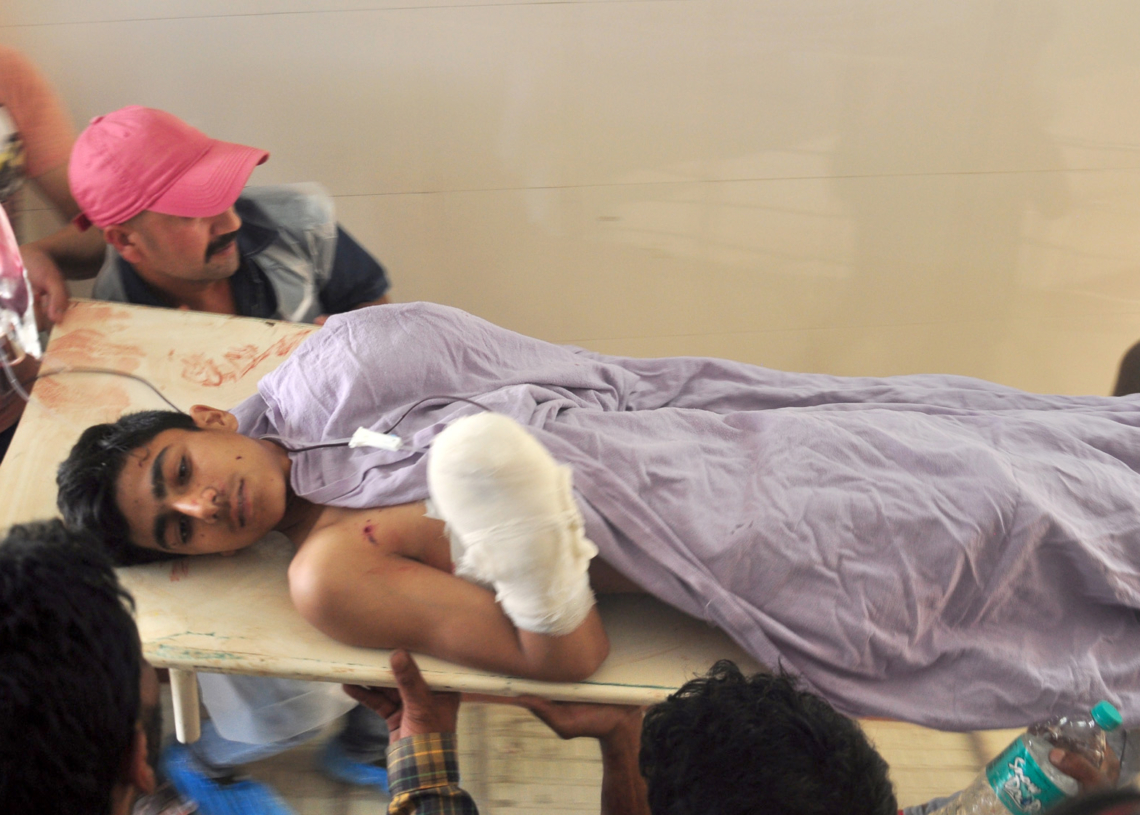 Srinagar, July 11: A boy was killed and four other children injured on Wednesday when an unknown device they fiddled with exploded in south Kashmir’s Shopian district.

Saaliq Iqbal, 11, was part of a group of children from Memender village in Shopian who were playing with a suspicious-looking gadget.

“We have received information that the explosive blew up while the children were playing with it. One of the children died and four of his friends were injured,” reports quoted Shopian superintendent of police Sandeep Choudhary saying.

A police spokesperson said that an explosion occurred at the house of Khursheed Ahmad Sheikh resident of Sheikh Nag in Memandar in District Shopian, resulting in injuries to some children in the house.

“In the incident among the injured, one child Salik Iqbal Sheikh unfortunately succumbed to his injuries whereas the other four are being treated in the hospital. Police has registered a case in this regard and is in the process of   ascertaining the cause of explosion,” the spokesman said.

According to reports, the nature of the explosive was still unclear.

“We are still investigating what the device was, and how it came to be in the children’s possession,” reports quoting SP Shopian said.

Incidentally, militants and government forces had faced off in Shopian’s Kundalan village – located just five kilometres from Memender – on Tuesday. Two militants and a civilian were killed in the encounter and related clashes that erupted in the neighbourhood.

Doctors at Srinagar’s SMHS hospital said three of them had suffered serious injuries. While Raziya bore multiple injuries on her body, Arsalan had hurt both his eyes and Tahir’s right arm was badly injured. “We operated on Raziya immediately after she was admitted. We are still weighing our options as far as treating Tahir’s arm is concerned,” a doctor said.

Hospital medical superintendent Dr Saleem Tak said most of the children suffered splinter injuries in the blast. “One of the children was hurt in the abdomen, and his condition is critical,” he said without elaborating.

Hurriyat (M) leader Mirwaiz Umar Farooq shared photographs of the children on Twitter to underline the volatile situation in the Valley. “Conflict claims one more life, this time of a little child, and injures many others! Our children are not safe even while playing! Each day, Kashmiris pay the cost of the lingering conflict as the world looks on, and little effort is made to put an end to the tragedy that #Kashmir has become!” he posted.