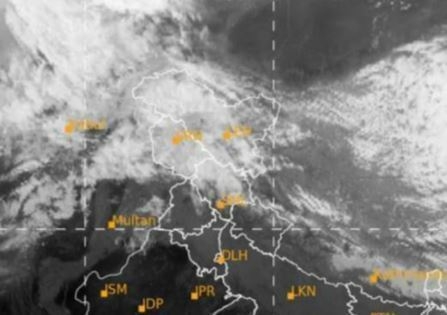 Post-September 2014 floods, Doppler weather radar were installed at MET department, Barzulla. The system was put in place to give an accurate forecast about heavy rains, cloud bursts, snowfalls, and avalanches.

However, the lone radar has not been able to provide an accurate weather forecast for the UT.

Now, the department has identified Jammu, Banihal Top and Leh for setting up the radar. That said, the radar in Jammu is already in process of installation and the other two are in the pipeline.

“However, it does not cover the northeastern part of Kashmir. With radar being set up in the proposed sites, we will be able to make predictions faster and receive quick measurements of rainfall intensity, thunder activity, hailstorm, and wind speed. This will enable us to intimate agencies well in advance about the weather conditions in these areas. It will especially be a boon for the trekkers and pilgrims on Amarnath Yatra,” Bhat said.

He said the advance forecasts would also “ensure the safe travel for the commuters on Jammu-Srinagar national highway”.

The nearly 270-km Jammu-Srinagar National Highway, the only all-weather road linking Kashmir with the rest of the country, often remains closed owing to adverse weather conditions. This results in passengers getting stranded for days together. With the installation of weather radar at specific places, a more accurate prediction is expected to lessen this inconvenience.

There have been erratic weather conditions in the state. It has many times become difficult for the weather department to give an exact forecast.

“The weather radar has become a necessity in today’s times as we are already facing an erratic weather pattern. The precision forecast can help prevent many weather-related mishaps,” Bhat said.

According to the report by the Department of Ecology, Environment & Remote Sensing (EERS), Kashmir is likely to witness a 50 percent increase in precipitation by 2030 due to “climatic change” across the globe.

“All seasons in the Himalayan regions indicate an increase in rainfall, with monsoon months of June, July, August, and September show the maximum increase in the rainfall. The winter rains in January and February are also projected to increase whereas the minimum increase is indicated in October, November, and December,” the report said.

By 2030, the report noted, the number of rainy days in the Himalayan region may increase by 5-10 days on an average, with an increase by more than 15 days in the eastern part of the Jammu and Kashmir region.