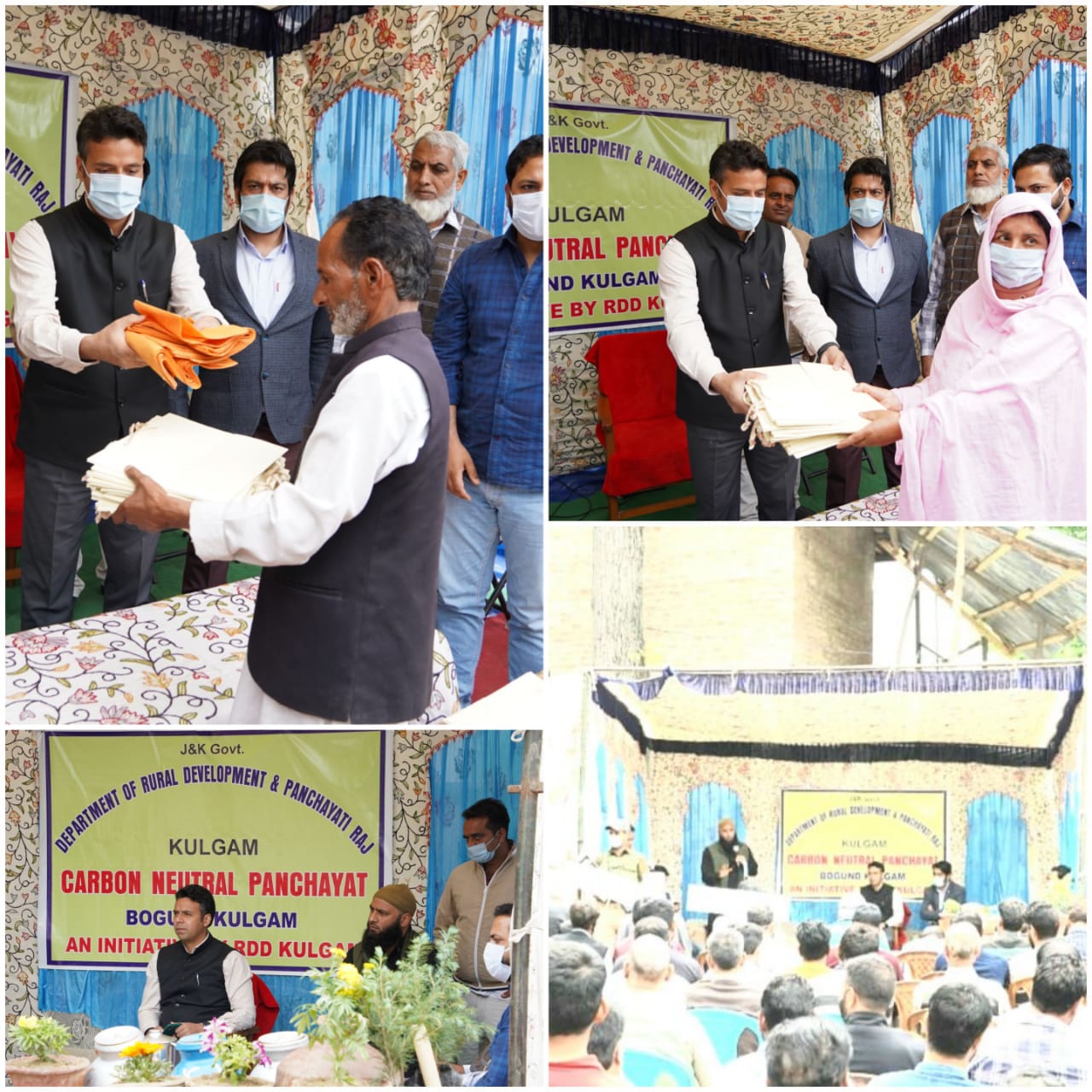 Kulgam: As part of Gram Swaraj Abhiyan, Bogund Kulgam was on Thursday declared as the first target and initiative for Carbon Neutral Panchayat in the South Kashmir district.

The announcement in this regard was made at a function held here in the panchayat halqa organized by RDD & PR which was presided over by the Deputy Commissioner Kulgam Dr. Bilal Mohi-Ud-Din-Bhat.

Addressing a large gathering on the occasion, the DC said that we must unite in a war against plastic and carbon emission.

He also said whether at home, workplace, school, or while travelling, small changes can add up to reduce your carbon footprint. He also urged to do ‘things like reducing the amount of energy you use, shop locally, travel smart, and reduce your waste and focus on efficient management’.

Laying stress on collectivism approach, the DC said it is important for the whole population to bring in behavioural change and everyone must consider the whole village as his own in the same manner as he considers his own house.

Addressing the gathering of the general public of the Panchayat Bogund, ACD explained in detail the importance of cleanliness.

Later, a plantation drive was also kick started in the Panchayat halqa and jute bags, cardboard boxes and tin dustbins were distributed among the people.