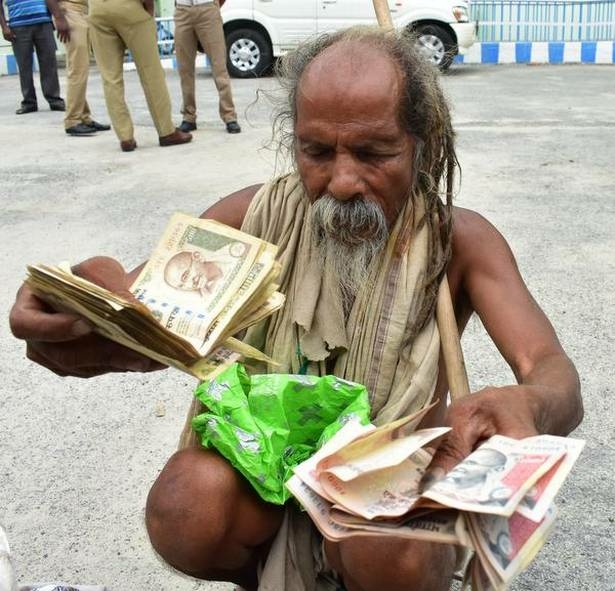 A visually impaired poor man has recieved the shock of his life after he came to know that his entire life savings of Rs 65,000 have no value now.

A Chinnakannu, a 65-year-old visually impaired who lived on alms in Krishnagiri city of Tamil Nadu, was shocked when a cobber R Kannaiyan told him last week that the money he has saved has already been demonetised five years ago.

The cobbler, as per reports, advised Chinnakannu to approach the city Collectorate. Officials at the city collectorate however told him to take up the matter with the district lead bank manager.

“I heard about the issue only last week. I tried to visit the Collectorate then, but couldn’t as conductors did not allow me on their buses because of my appearance. Finally, Kannaiyan helped me come here today,” Chinnakannu was quoted saying by New Indian Express.

Mahendran said it would be brought to the notice of the Reserve Bank of India (RBI). The money was not accepted from Chinnakannu but directions were given to provide him with a pension from next month.