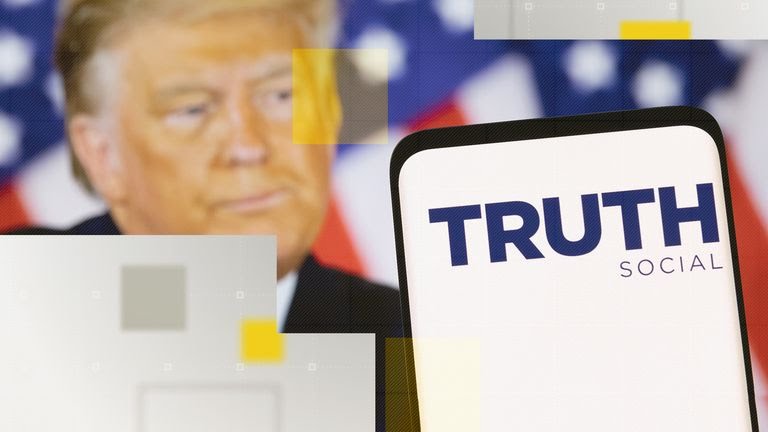 Media reports said the number of downloads of Truth Social spiked, taking the app from 66th to 15th place in the Apple App Store.

The download numbers are small compared to previous figures but have helped to revive the app.

The platform was officially launched this year on Feb. 21 amid intense criticisms on the App Store, but many users were put on a waiting list and were unable to sign up until later.

After a sluggish start, Truth Social has gained a small but devoted user base, most of whom are committed to Trump.

Trump founded Truth Social after being banned from Twitter for his comments made after the Jan. 6, 2021, Capitol Hill attack, when his followers stormed the US seat of government in Washington DC.

Since Trump’s Twitter account was suspended, the former president has taken to Truth Social to share his thoughts, spread propaganda, and promulgate misinformation, including about the FBI raid.

Earlier this month, the FBI burst into the former president’s home at Mar-a-Lago in Florida looking for classified documents the agency believes were taken after his time in office came to an end.

Many Truth Social fans have taken to the platform to express their anger about the FBI with some users — including one who is believed to have carried out an attack on a bureau office — issuing threats to FBI agents and to Judge Bruce Reinhart.

In the last few days, Trump continued to rage on Truth Social, claiming both that “Republicans could win many additional seats, both in the House and Senate, because of the strong backlash over the raid at Mar-a-Lago” and that the FBI “stole my three passports (one expired), along with everything else.

According to Similarweb, a digital intelligence platform, both the Truth Social app and website have experienced an increase in popularity since the raid.

Anti-FBI sentiments have built among users, and hashtags like #FBIcorruption, #Truth, and #DefundTheFBI have been trending on the platform, which shares many of Twitter’s features, during the past 10 days.