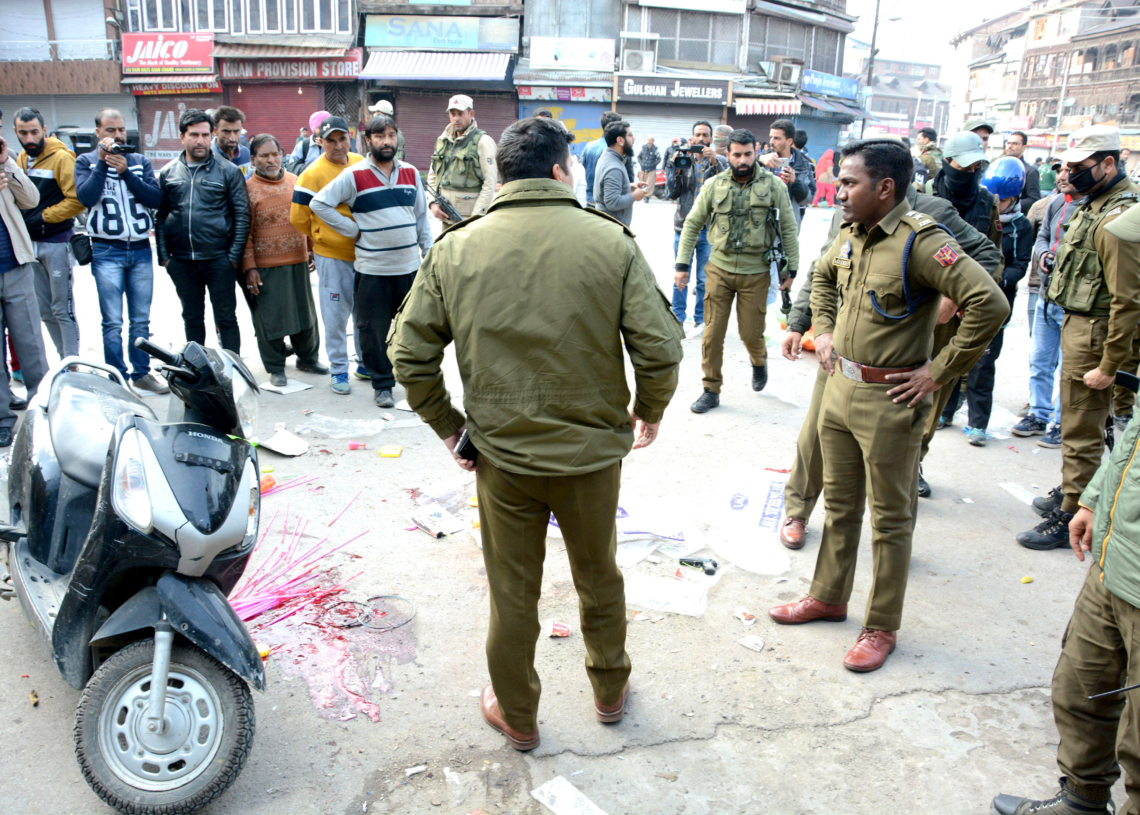 Eye witnesses said the blast occurred at 1.20 pm when the market was crowded with shoppers and vendors.  More than 42 people received splinter injuries in the incident. They were rushed to the SMHS hospital where 40 year old toy seller Rinku Kumar of Saharanpur, UP, succumbed to his wounds

Dr Nazir Ahmad Choudhary, Medical Superintended of SMHS hospital, said condition of two injured is critical. “Around 41 injured were brought to our hospital.  Two of them are critical,” he said.

A doctor at SMHS said those with minor injuries could be discharged after the treatment.

“Blood tests and ultrasonography have been done on the patients injured in the attack. Those who have minor injuries will be discharged,” he said.

Panic gripped the area after the blast with people running helter skeltor for safety. Police and security forces immediately rushed to the spot and cordoned off the area to track down the culprits.

“I am bus driver and had not worked for the past three months. Today my son took out his cart to sell goods in the market. Look what has happened,” said Mohammad Sidiq, father of the injured vendor Danish Ahmad

Imran Khan, a UP based key maker who was injured in the blast, said grenade was lobbed at a place where people in large numbers were present.  “A stampede followed. Several people were injured. Blood was oozing out of people faces, arms and legs,” he said.

Police have registered a case and massive hunt has been launched to nab the attackers.

This is the fifth attack since October 12 in the Kashmir valley. On October 12, eight people were injured in a grenade blast at Hari Singh High Street. On October 23, a CRPF personnel suffered minor wounds in grenade attack at Kulgam district of South Kashmir.