BlackBerry to return to India soon with Android, top-end specs 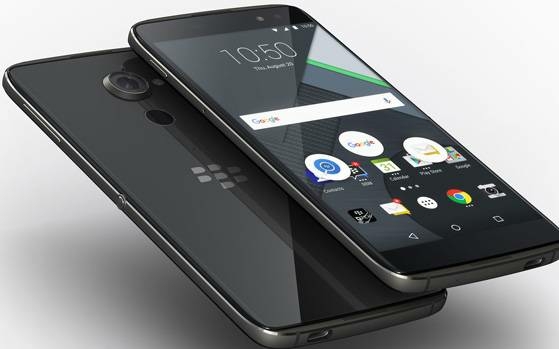 Optiemus Infracom is going to launch a new BlackBerry smartphone in India by end of the next quarter. The company owns the rights for manufacturing and distribution of BlackBerry phones in select markets such as India and Nepal.

Singh also hinted that the company will be launching BlackBerry phones with physical keyboards – an iconic BlackBerry feature.

“There will be some classical BlackBerry users who would want a keypad. There will be a youngster who has never used a keypad and want a touchscreen. So, we will be giving customers a choice,” he said while highlighting the new BlackBerry phones have superior QWERTY keyboards.

Singh said that the new BlackBerry phones will not focus on one aspect of specifications but push security-powered by BlackBerry as the USP.

“You would have never seen a BlackBerry ad based on a specific feature, say camera, battery or selfie, which you see on some other brands. If it’s a BlackBerry phone, it’s assumed that the phone will have best of the class specifications. So, what sets apart BlackBerry from any other brand is the basic three DNAs of BlackBerry – privacy, security and convenience,” he added.

Before shutting down its hardware business in 2016, BlackBerry had shifted its focus towards security and software services. The company offers apps such as DTEK, a single platform for users to monitor which apps have what level of access to their device. ALSO?READ:?BlackBerry KEYOne: For the BlackBerry loyalists, may be

The app also detects malicious apps accessing users’ data without explicit permission. BlackBerry also bundled apps such as BlackBerry Hub, universal application for accessing messages from instant messaging apps like Messenger, WhatsApp and even SMS. Another key security feature that older BlackBerry phones came with was “Address Space Layout Randomization” which scrambles system memory in order to make it difficult for cyber criminals to hack the device. There are also security features at the bootloader-levels.

According to Singh, security has become an important criteria for modern smartphones which now host a lot more data than they used to a few years ago.

“Earlier, phones were used mostly for voice calls and SMS. Today, it’s reverse as most of the time spent on device is spent for browsing, banking, social networking and other purposes, other than basic communication,” he added.