BJP has tactical understanding with Pak on Kashmir: Moily 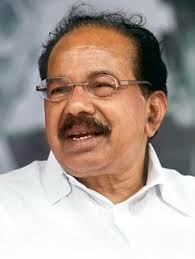 Chikballapur (Karnataka), Apr 13: Claiming that the BJP has a tactical understanding with Pakistan on the Kashmir issue, senior Congress leader Veerappa Moily demanded to know the basis of Imran Khan’s support to Prime Minister Narendra Modi in the ongoing elections.

The former Union Minister also charged Modi with adopting a “Hitler-kind of attitude”, stoking an “atmosphere of hatred in the country and thereby destroying all institutions”.

If the Congress comes to power, Moily said it will initiate probes into the functioning of the BJP government during the past five years in which the “nation was misled and kept in the dark” over several important issues like Rafale deal.

Khan’s support and also the suggestion that Modi would bring in better ties between the two nations indicate a secret understanding, perhaps compromising the interest of India on Kashmir, he said.

Observing that a war-kind of situation always prevailed during the BJP regime, Moily said, “Everytime the BJP comes to power, there is an escalation of hostility between India and Pakistan, it may be Kargil or attack on Indian Parliament under the Vajpayee government or Balakot and Pulwama under the current regime.”

Ridiculing Modi for his 56-inch chest claim, the former Karnataka chief minister said, “Where is the need to demonstrate even if he has one? Politics of love is totally alien to him which has vitiated the political atmosphere in the country.”

As a result of the 56-inch chest narrative, Pakistan has for the first time openly admitted that it has an atom bomb, he added.

Asserting that the Congress will probe functioning of the Modi government if it comes to power, Moily said, “We will investigate all actions taken during the current BJP’s tenure, that include demonetisation, the Balakot attack and sacking of intelligence chief and ferrying of CRPF personnel in a bus despite intelligence input to the contrary.”

On Congress’s prospects in the current Lok Sabha polls in Karnataka, Moily said the party will win at least 21 seats out of 28 in alliance with the JD(S).

“The Congress and the JD(S) will win at least 21 seats. It could be possible to repeat 1971 when all 27 seats were won by the Congress. This is mainly because the Modi wave is fast waning and he is assuming a Hitler-kind of personality which will be devastating for the country in case he is put in any position of authority,” he said.

Both the Congress and the JD(S) are working as a team forgetting differences with a sole aim to defeat the BJP, which has terribly failed to implement its 2014 election promises and created an atmosphere of “fear” among people, he said.

The Congress and the JD(S) are in alliance contesting in 21 seats and 7 seats respectively in the current Lok Sabha elections.

Moily, however, refused make any assessment on the number of seats that the BJP or the Congress would win at the national level saying it will definitely be a Congress-led government in which regional parties may have a say based on pre and post-poll alliances.

Expressing concern over the possibility of EVMs being rigged in this election, the former union minister said the Supreme Court judgement on VVPATs is “too little to check manipulation” as monitoring five machines in a constituency is too less.

He accused the BJP of introducing “politics of hatred” and said, “This must end and pave way for politics of love. This can only be started by Rahul Gandhi.”

Modi, he said, has all qualities like “false ego and anger”, which is not desirable from a national leader.

He further said that the BJP talks of corruption but is least interested in checking it.

“It was during my tenure as Union Law Minister that the Congress brought in a Lokpal bill but it has taken five years for the BJP to implement it and that too under pressure of the impending elections,” he said.

“Rahul Gandhi has been consistently fighting on the issue of corruption by bringing the issue of Rafale deal. Now even the apex court sees something amiss and agreed to the probe,” he said.