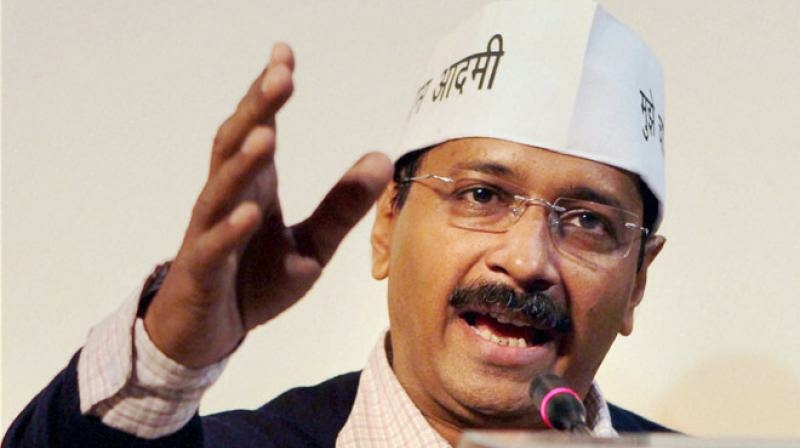 New Delhi: Delhi Chief Minister Arvind Kejriwal hit out at the Bharatiya Janata Party over the killing of an executive of a private company in Lucknow, Uttar Pradesh, claiming “the BJP does not protect the interests of Hindus”.
The AAP chief in a tweet also said that he spoke over phone to the wife of Vivek Tiwari (38), who was allegedly shot dead Saturday by a police constable in Gomti Nagar area of Lucknow, when he did not stop his car for checking.
“Spoke to his wife on phone…,” Kejriwal tweeted.
In a series of tweets, in Hindi and English, the AAP leader slammed the saffron party over the incident. “Vivek Tiwari was a Hindu, right? Then why was he killed? BJP leaders rape Hindu girls across the country? See it clear. BJP is not well-wisher of Hindus. If they have to murder Hindus for power, they won’t think twice,” he alleged in his tweet in Hindi.
He also responded to some of the questions raised by Twitter users in connection with the incident, like whether there will be a proper investigation in the case.
“No. Even though Vivek Tiwari was a Hindu. The BJP does not protect the interests of Hindus,” he replied in response to a tweet.
Delhi BJP chief Manoj Tiwari slammed Kejriwal for his tweet, saying AAP volunteers should note their leader’s “low mentality”.
Tiwari, in his tweet in Hindi, also referred to the death of two AAP workers Santosh Koli and Soni, in which some AAP leaders were allegedly involved.
Two constables — Prashant Chowdhury and Sandeep Kumar — were arrested and dismissed from the job and an FIR was registered in the matter on the basis of a complaint by Sana Khan, Tiwari’s colleague who was in the car at the time of the incident.
Uttar Pradesh Chief Minister Yogi Adityanath had Saturday said a CBI inquiry would be recommended if needed.