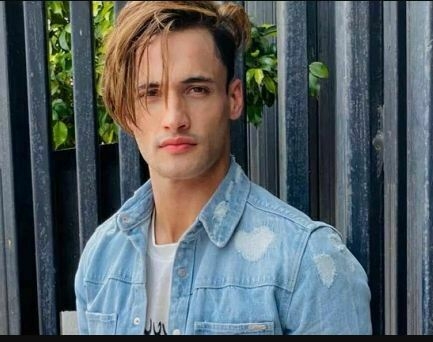 Bigg Boss 13’s finalist and Jammu born model Asim Riaz on Thursday took to Instagram to inform his fans about the injuries he sustained after an alleged attack on him while he was cycling in his home town. Asim posted photos of wounds on his back, arms and legs. He stated that some men assaulted him from behind when he was out cycling late Wednesday night.

Asim shared pictures and videos of his injuries and informed about the incident. Soon after, fans started trending #GetwellSoonAsim on Twitter, and flooded the social media with wishes for his speedy recovery. One Twitter user wrote, “This is height of cowardness and shamelessness.Please @imrealasim lodge a complaint against those goons. How badly he has got hurt. #GetwellSoonAsim” Another wrote, “Best thing I’ve learned from him is that when things are though, you gotta be tougher . Don’t worry & keep fighting for what you want. He was smiling and say never give up”

Asim has been in the news for his upcoming song Dil Ko Maine Di Kasam, sung by Neha Kakkar and Raja Hasan. The song is a treat for AsiManshi fans as the actor will be reuniting with his girlfriend Himanshi Khurana in the song.

Asim, born on 13 July 1993, received his primary education at Delhi Public School in Jammu. He now lives here and has been featured in many TV commercials including Blackberrys, B”lue and Numero Uno. He has an elder brother named Umar Riaz who is a doctor by profession.

Asim started his journey on the show as the “vanilla” boy, flaunting his chiselled body and rapping skills, before gradually morphing into the angry young man of “Bigg Boss” with his constant verbal (and aggressive) spats with the other housemates.

As he entered the show he created a buzz after getting into a fight with Paras. It all started when Mahira ended up calling Asim her “brother”, because both of them hail from Jammu and Kashmir, at the launch of the show in September last year.

The other male contestants asked Asim not to let Mahira call him “bhai” because then he could romance her in the show. Paras advised him to channel his anger, and in no time, they got into a heated argument, during which Paras said he would slap Asim.

That set the foundation of his relationship with Mahira, who started her career as a model.