Big WhatsApp change in status updates: Here is what we know so far 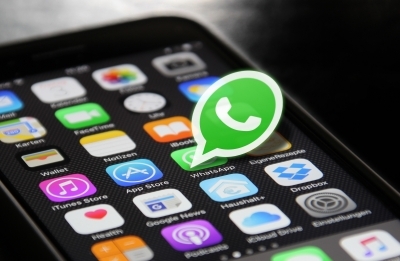 Meta-owned messaging platform WhatsApp is working on a new feature that may allow users to post voice notes on their status updates.

According to WABetaInfo, this feature is under development so it is not ready to be released to beta users.

“WhatsApp is planning to extend the functionality of status updates by adding the support for voice notes,” as per the report.

A voice note shared as a status update may be called “voice status”.

The feature will only be shared with the people you choose within your status privacy settings, and the voice note will be end-to-end encrypted as other images and videos shared to your status.

Recently, the platform announced that it is rolling out a new feature that will let users react to messages with any emoji of their choice.

Currently, the platform gives several users the ability to react with a limited number of just six emojis.

CEO Mark Zuckerberg mentioned some of the emojis like a robot, french fries, surfing in the sea, etc.

Meanwhile, a recent report said that WhatsApp is also likely working on a feature that will give iOS users the ability to hide their online status from everyone.

Currently, users can choose to display their “Last Seen” information to contacts, some people, or no one. For a future version of the app, WhatsApp will let users follow a similar approach to the online toggle.