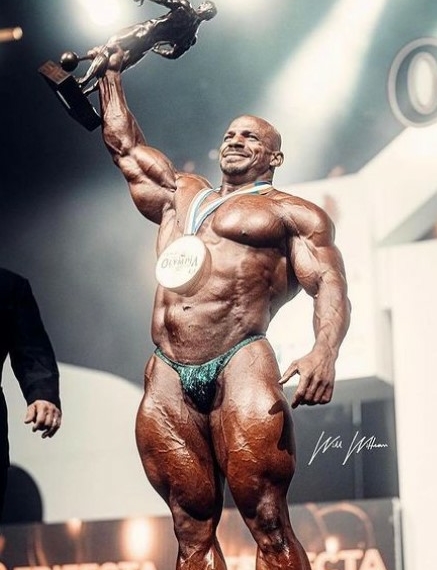 However, Egyptian bodybuilders Mohamed Shaaban and Hassan Mustafa failed to qualify for the final round of 2021 Mr. Olympia.

After winning last year’s title, Big Rammy had become the first non-American to win the title since British bodybuilder Dorian Yates in 1997.

Samir Bannout, known as ‘The Lion of Lebanon’ had won Mr. Olympia in 1983. After the win, Big Rammy took to Instagram to thank his fans.

“Sandow is home and it will remain here for a very long time. Thank you to all my fans around the world. I made it because of your love and support,” he wrote. Austrian-born popular Hollywood actor and former California governor Arnold Schwarzenegger had won Mr. Olympia from 1970 to 1975. Schwarzenegger had come out of retirement to win the Mr. Olympia title yet again in 1980.