Big blow for France! Benzema out of FIFA World Cup with injury 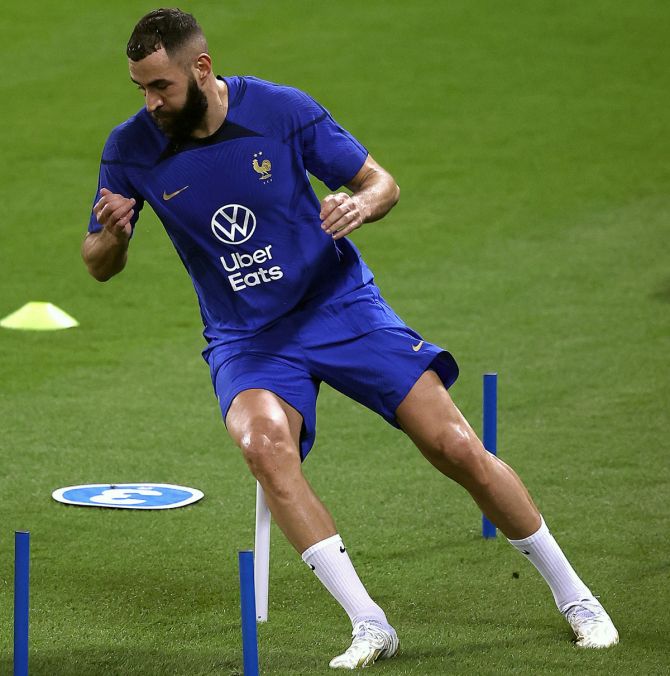 France striker Karim Benzema has been ruled out of the World Cup in Qatar after suffering an injury in training, the French football federation said on Saturday.

The Ballon d’Or winner, who has been struggling with a muscle problem, was forced to leave defending champions France’s training session earlier on Saturday.

“I am extremely sad for Karim who had made this World Cup a major objective. Despite this new blow for the French team, I have full confidence in my group. We will do everything to meet the huge challenge that awaits us,” said coach Didier Deschamps in a statement.

Benzema had a stellar season with Real Madrid last season, scoring 44 goals in 46 games in all competitions as he helped guide them to a LaLiga and Champions League double.

He was France’s top scorer at the 2014 World Cup, but was not part of their victory in the 2018 edition, having only returned to the France team last year following a six-year absence.

A blackmail scandal and his comment that Deschamps had “bowed to the pressure of a racist part of France” when leaving the forward, a Muslim of Algerian descent, out of the Euro 2016 squad, was followed by international exile.

Since his return to the international team, Benzema has scored 10 goals in 16 appearances.

“I’ve never given up in my life but tonight I have to think of the team, as I have always done,” Benzema said in an Instagram post.

“So reason tells me to give my place to someone who can help our squad have a great World Cup. Thanks for all your messages of support.”

France, already without Paul Pogba, N’Golo Kante and Christopher Nkunku because of injury, open their campaign against Australia in Group D on Tuesday.