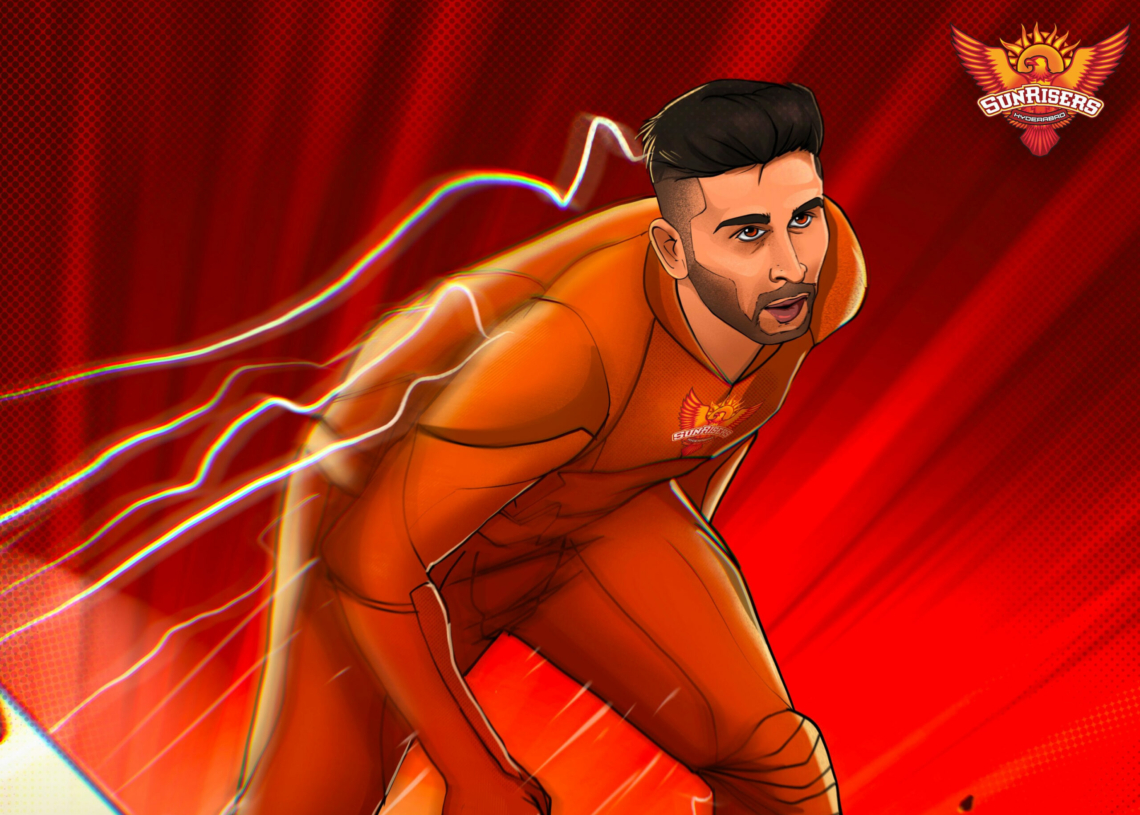 Srinagar: Umran Malik has impressed one and all with his searing pace.

In just two IPL  matches, this J&K boy has caught everybody’s attention including team India skipper Virat Kohli who was seen praising him a lot.

Following this performance, Umran has been asked to stay back with the India team as a net bowler for the T20 World Cup.

It is a huge moment for a young fast bowler especially since this is actually how he first made it into SunRisers Hyderabad: as a net bowler. He was eventually picked up into the main squad when T Natarajan was ruled out due to Covid-19, and made an immediate impact in his first game, bowling at over 150kph on multiple occasions.

In the second match against Royal Challengers Bangalore (RCB), he bowled the fastest delivery of this IPL season clocking 153kph. SRH won the match by 4 runs.

Umran’s inclusion as a net bowler in Team India has triggered some exciting reactions on social media especially Twitter.

Former Cricketer and commentator Aakash Chopra tweeted jokingly asking Umran to bowl a bit slower in the nets and avoid bouncers since it is his “our own team”.

Entertainment Industry tracker, Columnist & Writer Sreedhar Pillai too reacted to the news. He tweeted: “#UmranMalik the sensational fast bowler from #Kashmir joins #Indian team as net bowler for #T20WorldCup. Playing for #SRH as player he constantly achieved speed of 150 kph!”

A Twitter user Nazaket Rather: Congrats, the whole of J&K is happy for this young man. Umran Malik from J&K selected as Team India’s net bowler. Not Nortje,Not Ferguson, Not Rabada,but it’s 21-year-old Umran Malik who has bowled the fastest ball of IPL 2021.”

His team SRH now calls him ‘The Jammu Express’.

“There are fast bowlers, and then there is Umran Malik,” tweeted SunRisers Hyderabad while sharing an animated poster of Umran.