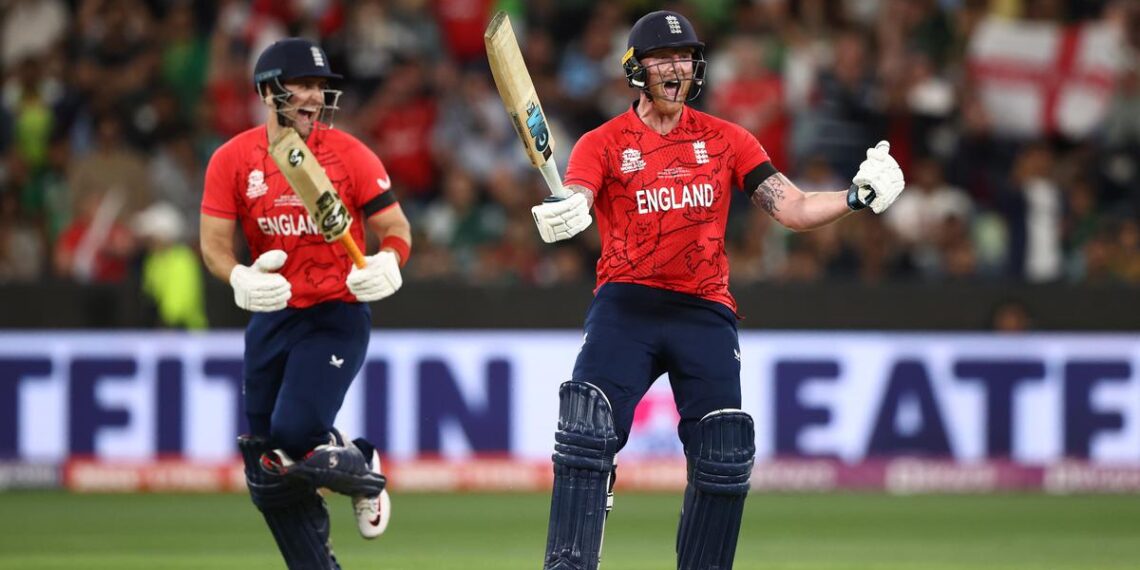 Earlier, Pakistan set England a modest target of 138 for victory after being sent in to bat by England captain Jos Buttler at the Melbourne Cricket Ground.

Pakistan captain Babar Azam (32) and Shan Masood (38) made starts but England’s bowlers never let the South Asians settle and wickets tumbled in the final overs as they crumbled to finish on 137 for eight.

Seam-bowling all-rounder Sam Curran finished with miserly figures of 3-12 off his four overs, bowling Mohammad Rizwan for 15 for the first wicket then grabbing another two scalps in the death overs.