Beirut blast: Lebanon president says he knew of chemicals at port in July 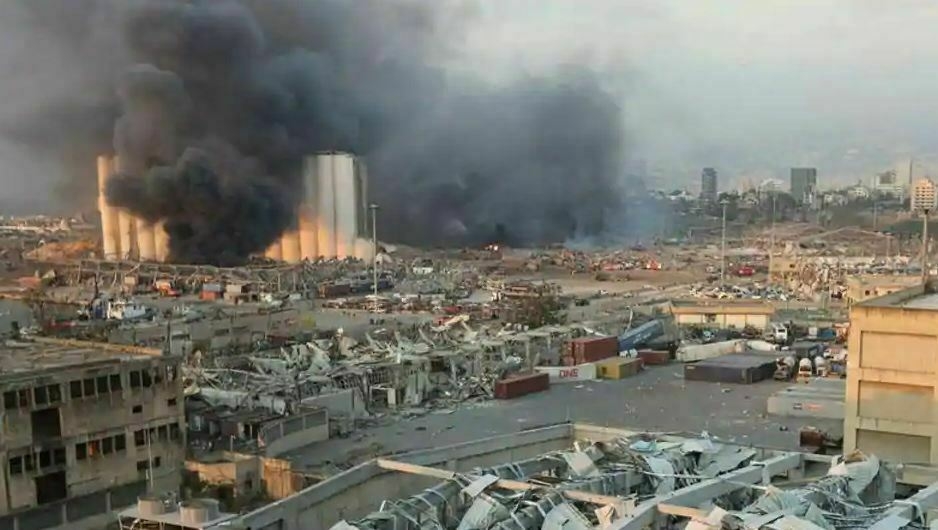 Lebanese President Michel Aoun knew about the huge stockpile of explosive material stored at Beirut’s port nearly three weeks before it blew up, he said Friday, adding he had ordered action be taken about it at the time, although the top leader also said he had no authority over the facility, AP reported.

“Do you know how many problems have been accumulating?” Aoun replied when a reporter pressed whether he should have followed up on his order.

Aoun’s comments were the most senior confirmation that Lebanon’s top leaders and security officials were aware of the 2,750 tons of highly explosive ammonium nitrate that had been stored at the port for years.

The chemicals exploded Tuesday after apparently being set off by a fire, in a massive blast that killed nearly 150 people, wounded thousands and caused billions of dollars of damage across the city. Bodies were still being recovered from the rubble on Friday.

Investigators are probing the blast and have focused on personnel at the Port of Beirut —Lebanon’s main port that is so well known for corruption its common nickname is Ali Baba’s Cave. But many Lebanese say it points to much greater rot that permeates the political system and extends to the country’s top leadership.

Aoun, who has been in his post since 2016, said previous governments had known about the danger of the stockpile since it was confiscated from a ship impounded in 2013.

“The material had been there for seven years, since 2013. It has been there, and they said it is dangerous and I am not responsible. I don’t know where it was placed. I don’t even know the level of danger,” Aoun told a news conference.