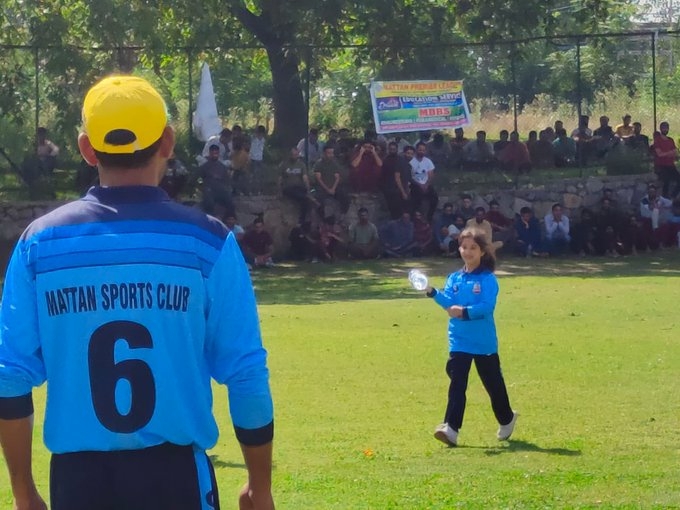 Cricket has witnessed some great moments that are etched in history. However, the game produces some lovely moments even when it is played on a local level too.

These days as the fever of the game grows in Kashmir with several local tournaments going on, a certain moment during a game in south Kashmir received a lot of praise from the netizens.

The picture of a young girl carrying drinks for her father on the ground in Mattan area of south Kashmir’s Anantnag was an adorable moment that gained a lot of social media attention.

Her father was playing for the Mattan Sports Club as seen at the back of his jersey. The picture didn’t take time to come to the attention of the netizens, who poured in love and admiration. Without a doubt, it’s a ‘Spirit of Cricket’ moment, though it’s not at the highest level.

The picture was first posted by a Twitter user Aabid Bhat and has since then been shared widely across several social media platforms.

Users commented that the picture captured a beautiful moment.