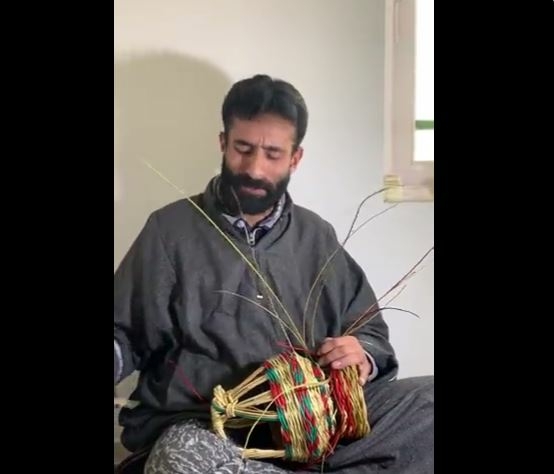 SRINAGAR:  A 2.20-minute video of kangri maker singing ‘Be paan wandayu…’ is breaking the internet in Kashmir.

Manzoor Bhat’s video has notched 53.1 views on Twitter. It has clocked 1771 likes and 381 retweets after it was posted by a Twitter user.

Twitter can’t stop saying `our own Manzoor’. “Really nice..Such a sweet voice. Much better than many of our famous singers. I wish him good luck,” tweeted Gowhar.

“Truly mesmerizing voice. His voice has a natural echo of the valley,” Lilly D’’souza tweeted.

The lines have been taken from Dilip Kumar-starrer `Karma’. `Dil diya hai, jana bhi denge aye sanam terai liyai’ has been a chartbuster in the early eighties. There have been two versions of this song in the movie. In the second version, `sanam’ has been replaced by `watan’.

The video notched 10000 views on one Facebook page. Different Facebook users have posted the video on their pages evoking hilarious reactions from the netizens.