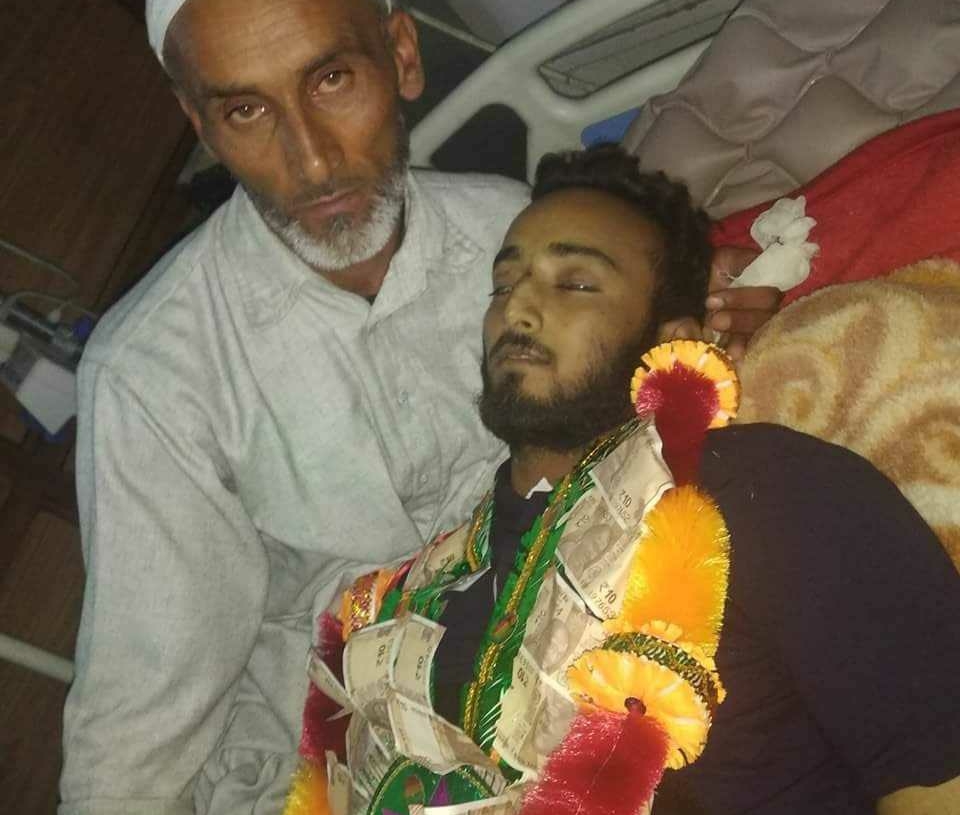 Baramulla, July 10: A student of class 11th, who was injured critically in government forces action at Nadihal area of Sopore in north Kashmir’s Baramulla district last month, succumbed to injuries at a hospital here.

Ubaid Manzoor Lone son of Manzoor Ahmad breathed his last at the SKIMS hospital here after battling for life for 15 days.

A senior doctor at SKIMS institute confirmed the death of Ubaid at the Valley’s only tertiary care hospital at around 5 am today.

On June 25, the teenage boy, Ubaid, a class 11th student, had suffered a critical bullet wound in his right thigh after BSF troopers of 149 bn opened fire upon a group of students.

The students were protesting against the “planned genocide of Kashmiri youth” on a call given by Joint Hurriyat comprising Syed Ali Geelani, Mirwaiz Umar Farooq and Mohammad Yasin Malik.

“At SMHS hospital, the doctors were not available and after three hours when the blood was continuously oozing from the blood vessels, the junior resident doctors referred him to the cardiovascular surgical department at Bones and Joint Hospital Barzulla,” Nadeem Manzoor, elder brother of slain told GNS.

At Barzulla hospital, Nadeem said, the doctors who operated upon him were also “juniors” and could not find out the vessel through which the blood was continuously oozing.

“Later, after more than an hour, the doctors at Barzulla again referred him to SMHS. One of the friends accompanying the injured Ubaid told us that blood is not stopping. Later late in the night, the doctors referred the injured to SKIMS Soura,” he added.

He added, “On June 26 afternoon, the doctors at SKIMS referred my brother to SMHS hospital where we had an altercation with doctors after they again referred the injured to SKIMS Soura where he was put on the ventilator after conducting surgery.”

“The process of shifting the injured from one place to another lead to the death of my younger brother and he passed away on Monday in the wee hours,” Nadeem said.

Nadeem and his family along with the residents of the Nadhial urged the government to take serious note of the “medical negligence.”

“Had the doctors at SMHS taken the interest, my brother would have survived as he was talking and was conscious till the morning of June26. This is clearly a gross medical negligence as he lost consciousness on the evening of June 26 after continuous blood loss,” he said.

A senior doctor wishing not to be named told GNS that senior doctors are not available at SMHS hospital during the night.

“Such patients can be handled by the senior doctors who unfortunately are not been present after 4 pm due to private practices,” he said.

“Lack of trauma care facilities in peripheries is also costing lives of such trauma patients,” the doctor said, adding, “Such patients should have been treated under one roof and should not be shifted from one place to another.”

Meanwhile, a pall of gloom descended in Nadihal area soon after the body of Ubdai reached his native village.

As soon as his body reached Nadihal, people in thousands started reaching there to take part in his last rites and offer condolences to the bereaved family.

The body was then taken to a local ground where thousands offered the funeral prayers.

Mourners raised pro-freedom slogans as the body was marched towards the graveyard. Ubaid was later laid to rest amid sobs and tears.

A complete shutdown was observed in Nadihal to mourn the killing.