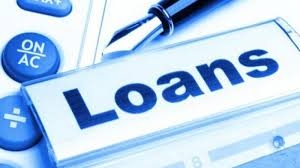 Srinagar, Nov 5: Two months on, banks are awaiting green signal from the Reserve Bank of India (RBI) for relaxation in the repayment of loans to their customers in the valley.

In the State Level Bankers Committee (SLBC) meeting in September, representatives of banks had agreed to give relaxation to customers in repayment of loans for the last three months.

“The decision was taken in view of disturbance post August 5. A proposal was sent to Reserve Bank of India for approval,” said a senior official of Finance Department.

A source in one of the banks said that there is no letup in recovery of loans from the borrowers. “Banks have no authority to give any relaxation in repayment of loans until they receive confirmation from the RBI. Those who fail to repay loans for three months will be declared defaulters,” the source said.

Kashmir has remained shut post abrogation of Article 370 on August 5. Business community has suffered financial losses worth Rs 10,000 crore.  More than one lakh people have lost jobs since August 5.

Amid this, the borrowers are receiving notices from banks to repay monthly loan installments.

“Bank authorities have asked me to repay loan installment of else I would be declared as defaulter,” said Mohammad Sharif, who had taken a loan of Rs three lakh for purchase of Sumo Cab. “I still owe Rs 1.80 lakh to the bank. I fail to understand how I will repay when I have not earned a single penny for last three months.”

Mukhtar Ahmad, 30, started his hosiery shop six months ago after borrowing a loan of Rs four lakh. “My monthly installment is around Rs 8000 which I am not able to repay. I have not earned anything for the last three months,” he said.

President, Kashmir Chamber of Commerce and Industries, Sheikh Ashiq said SLBC had proposed a relaxation for three months. “But there has been no word from RBI yet. If RBI approves the proposal then banks can give some relaxation to customers,” Ashiq said.