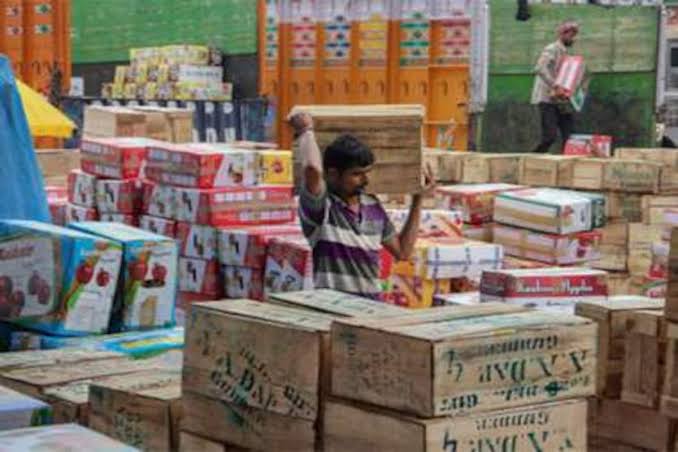 Siraj arrives in early summer and stays till apple harvesting season. Due to his liaison with local growers at Sopore Fruit Mandi, he has become a household name in north Kashmir.

“It has been over seven years now since I come to Kashmir to buy apples from Sopore Fruit Mandi. Kashmiri apples have no match in the world. In Bangladesh, we have a huge demand for Kashmir apples,” he said.

Not just Siraj, dozens of dealers from Bangladesh visit Kashmir during harvesting season every year to buy the fruit.

Over the years Bangladesh has become one of the niche markets for Kashmir apples. Local traders are focusing on Bangladesh because it fetches them better returns.

“Bangladeshi traders offer better rates to Kashmir apple. They arrive in Kashmir as soon as American and other varieties are harvested. There are hundreds of dealers who trade with Bangladeshis,” said Mohammad Shahbaz, an apple grower.

“While many traders stay and buy apples, others import apples through local dealers. Sopore fruit Mandi which is the second largest fruit market in Asia has become a one-stop center for Bangladeshi dealers. It is the only Fruit Mandi where they buy apples. They have earned huge respect among locals and are very professional in their trade,” he said.

Malik said on average, at least 30 trucks of apples leave from Sopore fruit mandi to Bangladesh every day. “These apples are shipped through the West Bengal border to Bangladesh. We are sure that in coming years Bangladesh will become one of the biggest consumers for Kashmir apple as the number of dealers grows each year,” he said.

Pertinently 50-55 percent of the total apple production (around 24 lakh metric tons) in Kashmir is supplied to other states from Sopore Fruit Mandi.

Around dozens of apple varieties from Sopore Fruit Mandi are exported in bulk to various markets of India including Delhi, Bombay, Bangalore, Kolkatta, and Chennai.