‘Balle Balle in Miami’: Video of Sikh dancing on US sidewalk goes viral 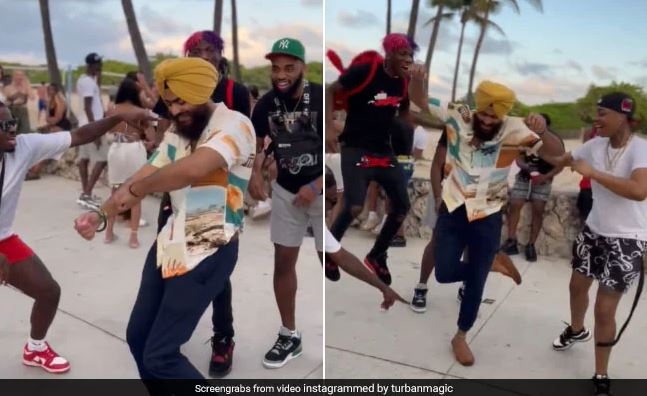 Sikhs are fun loving and known for their dancing skills. No matter where they are they can really bring life to an otherwise dull gathering. So when Saminder Singh Dhindsa came across a group of people dancing on a sidewalk in the USA, he decided to join them and bring out some of his own moves. The video of this college student dancing and getting wows from the crowd is going viral on social media.

In footage shared on Instagram, Dhindsa – whose bio states he is a student at George Mason University in Virginia, USA – was seen approaching a group of hip hop dancers on a sidewalk in Miami, Florida. On being encouraged to join them, he broke into an impromptu dance that elicited cheers from the audience. Other people were seen filming the scene and cheering as the college student nailed it on the dance floor.

“When in Miami…” Saminder Singh Dhindsa captioned the footage while sharing it on Instagram. “Blessed Folks was throwing it down for a video and the boys encouraged that I randomly join,” he added.

The video, shared six days ago, has since racked up over half a million views and hundreds of comments.

The energy in this video is everything. Stay shining…” wrote one commenter. “You are a vibe,” said another, while a third remarked: “Bringing people together. I love it.”