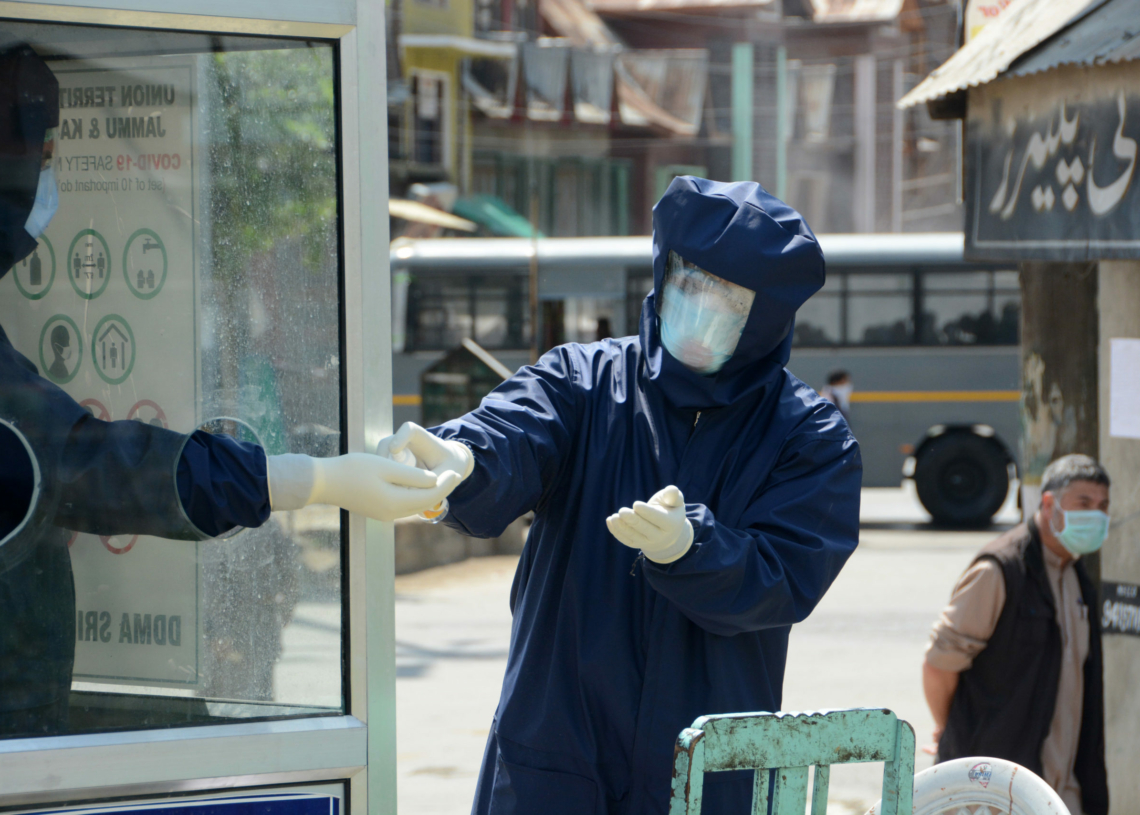 Srinagar: Ahead of Eid-ul-Fitr, the administration has started mass screening of shopkeepers, bakers, and butchers as a precautionary measure to prevent the spread of coronavirus in North Kashmir.

The administration has set up multiple sample collection camps  in Baramulla district to screen traders associated dealing in essential commodities,

Similarly in Pattan area, the shopkeepers, bakers, and butchers have been randomly screened to prevent the spread of the infection on the eve of Eid.

“We have set up two camps at Singhpora and Pattan where the traders mostly shopkeepers, butchers, and barbers were examined. Their samples were also collected so that people feel safe while availing their services on Eid,” he said.

Pakipora village in Pattan has been declared as red zone after an elderly man tested positive for Covid-19 on Monday.

“On Eid, people will have to purchase essentials. So, we have identified those shopkeepers who deal with essentials. All of them will be screened,” Ahmad said.

Similarly, in Tangmarg area where many villages have been affected by Covid-19, the administration screened the shopkeepers from the red zone and other surrounding villages.

“Many areas particularly Kunzer and Ichloo have been shut. For the last few days, the administration has started conducting medical examination of shopkeepers” said Naseer Ahmad, a local resident of Tangmarg.

A mass sampling drive is underway in Bandipora areas particularly Hajin where many villages were declared red zones for an increasing number of positive cases.

SDM, Sumbal, Syed Shahnawaz Bukhari said the shopkeepers from the red zones have already been screened for COVID -19.

“We have already launched mass sampling of people in Sumbal area. We have also screened shopkeepers from villages, which are affected by Covid-19,” he said.